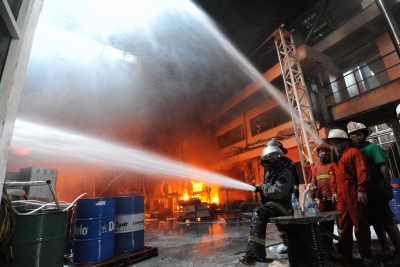 Bangkok: At least 13 people were killed and several others injured due to a fire at a nightclub in Thailand’s Chonburi province on Friday, local media reported.

The fire, which broke out at about 1 a.m., has been brought under control and the injured people have been hospitalised, Xinhua news agency quoted the Bangkok Post as saying in a report.

Investigation into the cause of the fire is currently underway.  (IANS)

Section 144 imposed in New Delhi district ahead of Cong protest