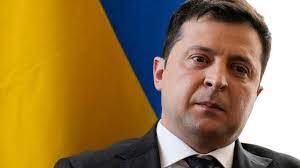 “Zelensky has left Kiev in a hurry. He wasn’t in the Ukrainian capital yesterday. He and his entourage have fled to the city of Lviv where a place of residence was organized for him and his aides,” Volodin wrote on his Telegram channel on Saturday, the report said.

This information was provided by members of the Ukraine Parliament who tried to meet Zelensky in Kiev, Volodin claimed.

“They were invited to Lviv for the meeting,” he said.

The video from Kiev on Zelensky’s social networks were recorded in advance, and Zelensky himself “is guarded by neo-Nazis”, he said, Interfax reported.

Earlier, Ukrainian President Volodymyr Zelensky posted a video to social media on Saturday morning showing himself walking around the streets of Kiev after a night of artillery fire in different parts of the city, telling the nation “I’m here”, Fox News reported.

Zelensky said in a short video address to Ukrainians, “We will defend our country,” and said that there’s a lot of false information online.

“Do not believe in fake information,” Ukrainian President Volodymyr Zelensky posted on social media after the sun came up in Kyiv on Saturday morning. “I am here. We will be defending our country, because our strength is in our truth.”

“We will be defending our country,” the Ukrainian President added. – IANS