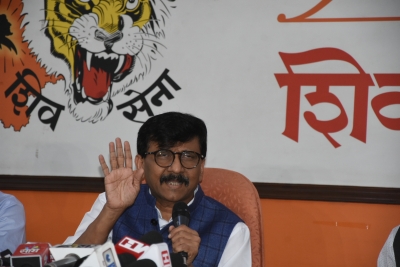 Mumbai: Shiv Sena-UBT MP Sanjay Raut on Wednesday threatened to enter Karnataka just as China has entered Indian territory and nobody’s permission is needed for that, as a fresh war of words erupted out on the contentious border dispute with Maharashtra.

“Just like China has entered (India), we will also enter (Karnataka). We do not need anyone’s permission for this. We are keen to resolve it (the dispute) through negotiations, but the Karnataka Chief Minister is igniting the fire,” Raut said grimly.

Charging that there is a “weak government” in Maharashtra which is not taking a stand, he pointed out that the border row is 70 years old and “we have nothing against the people of Karnataka, but it is also a question of humanity”.

Leader of Opposition in Assembly Ajit Pawar said: “This is despite the intervention by Shah and the matter pending in the Supreme Court. We urge you to take a strong stand on the issue in the wake of Bommai’s latest moves and utterances.”

He demanded that both houses of the Maharashtra Legislature must pass unanimous resolutions supporting the Marathi-speaking people in the Karnataka border villages and our territorial claims on them.

“We had sought this in the Business Advisory Committee meeting and the government had assured it would be done. The government should bring the resolution and we shall support it,” said Pawar.

Congress President Nana Patole sought to know why the Shinde-Fadnavis government is keeping silent against what he termed as “dadagiri” (bullying) tactics of Karnataka.

Excise Minister Shambhuraj Desai asserted that Karnataka is speaking about “not giving even one inch of land… we will also not concede half-an-inch of our territory”.

Three cases of BF.7 variant found in India so far