Thackeray snaps at rebels: ‘Use your father’s name, not my dad’s, to win polls’ 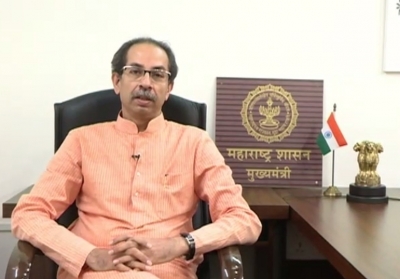 Mumbai, June 25 (IANS) Shiv Sena President and Chief Minister Uddhav Thackeray on Saturday launched a scathing attack on purported attempts by the rebel group to christen itself after the party founder-patriarch, the late Balasaheb Thackeray.

“Don’t invoke my Dad’s name, use your father’s name, to win the elections,” said a livid Thackeray, presiding over a meeting of the Shiv Sena’s national executive here this afternoon.

His strong reaction came in response to unverified reports that the rebels led by Minister Eknath Sambhaji Shinde – currently camping in Guwahati – had allegedly decided to rename itself as “Shiv Sena-Balasaheb Thackeray Group”.

As a row built up with angst among Shiv Sainiks in Maharashtra, the rebels quickly backtracked and claimed that they are the “real Shiv Sena”.

Thackeray also said that the party will write to the Election Commission of India (ECI) to ensure that the name of Shiv Sena or Balasaheb Thackeray is not misused by unauthorised persons or groups of such “turncoats” for their political interests, failing which they would face legal action.

The angry response came a day after the CM dared the rebels to win the elections “without using the name of Shiv Sena or Balasaheb Thackeray” while addressing a meeting of the party’s district chiefs on Friday.

Bouncing back to his aggressive mode on the fifth day of the political crisis plaguing the Maha Vikas Aghadi government, Thackeray challenged the rebels “to show courage and face the electorate and the people” without uttering the names of Shiv Sena or the party founder, the late Balasaheb Thackeray.

Calling Shinde a “traitor”, the Sena Tiger recalled how he did a lot for him (Shinde), yet he was hurling a series of baseless allegations against the Sena and Thackeray.

“I did everything possible for Shinde…. I allotted him the Urban Development portfolio which I handled. His son (Dr Shrikant Shinde) is a two-time MP and now they are commenting on my son (Minister Aditya Thackeray), and levelling many allegations even against me,” said Thackeray. – IANS

Shekahwat was hand in glove with Pilot in conspiracy to topple govt: Gehlot