Sixth accused arrested in Anjali case, one still on the run 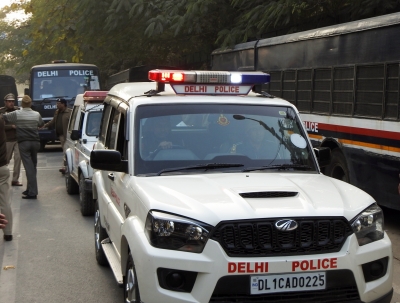 New Delhi: Delhi Police have arrested the sixth accused in connection with the death of Anjali, who was hit and dragged by a car for about 12 km in the early hours of January 1.

“In the Sultanpuri case, the sixth accused identified as Ashutosh, who owns the car, has been arrested as he had given false information to the police. Further investigation is on,” said Sagar Preet Hooda, the Special Commissioner of Police (law & order)

Earlier, police arrested five persons, who were in the car when the incident took place. They have been identified as Deepak Khanna, Amit Khanna, Krishan, Mitthun and Manoj Mittal.

Sources said that Ashutosh, the Maruti Baleno owner and one another accused, Ankush Khanna, who is still absconding and is also brother of another accused Amit had talks with the five accused. As Amit did not have a driving licence, Deepak was told to tell police that he was in the driving seat at the time of incident.

Ankush is still on the run and police teams are on hunt to nab him, said the official.IANS 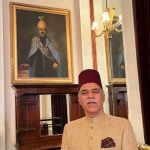 Hyderabad, Jan 22 (IANS) The coronation of Mir Mohammed Azmat Ali Khan, popularly known as Azmet Jah, as the successor of Hyderabad's eighth titular Nizam Mukarram Jah has been opposed by...

Bhavnagar (Gujarat) : The Gandhian Study Centre at the Samaldas Arts College in Bhavnagar is facing a major financial crunch after it did not receive the necessary grants. If the...

Name of father not compulsory for Devdasis’ children: Karnataka

Bengaluru: The Karnataka government on Thursday agreed to the National Commission for Protection of Child Rights' recommendation on not asking children of Devdasis for the name of their father The...

Agra: The Archaeological Survey of India (ASI) has decided to probe the authenticity of a viral video purportedly showing a man offering 'namaz' with a woman sitting alongside him...

Sardar vs Nehru: Hype vs Reality

New Delhi: It is said that when one works in an abattoir long enough, one goes deaf to the blood and guts of slaughter. In the much-hyped Nehru vs...

Explained: What appeared before Mahatma Gandhi’s image on Indian currency? A brief history

Delhi Chief Minister Arvind Kejriwal stirred a controversy when he appealed to Prime Minister Narendra Modi to order the concerned authorities to print images of Hindu gods Laxmi and Ganesha...

Suva: Fiji is set to host the World Hindi conference next year with over 1,000 delegates attending the event from all around the world, Indias High Commissioner to the island...