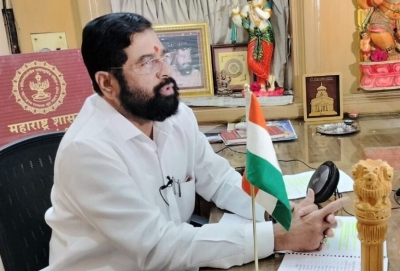 The activists, ranging from block to district-level leaders, numbered around 60 from Nashik and 30 from Parbhani, comprising local Shiv Sena (UBT), Nationalist Congress Party, Congress and others, who switched loyalties to the BSS.

Welcoming them to the party fold this afternoon, Shinde said that in the coming days, many more would join the BSS which is functioning on the ideals of the late Balasaheb Thackeray and Anand Dighe.

“The BSS-BJP government has been working very well in the past six months, that’s why so many people are attracted to the party and in the coming days many more will support us as we take everybody together,” said Shinde.

He said, “We are working very fast and quietly, while some people who do nothing make tall claims of their contributions and this is the reason why the people of the state are backing the government.”

Reacting, Shiv Sena (UBT) Chief Spokesperson Sanjay Raut tried to downplay the developments saying those who are leaving are insignificant and the party remained robust in both Nashik and Parbhani.

Sena (UBT) Deputy Chairperson in the Maharashtra Legislative Council Dr. Neelam Gorhe said that if workers and leaders were quitting the party like this, then the party leadership should take serious note of the developments.

The unexpected embarrassment came for former CM Uddhav Thackeray barely days ahead of his planned public rally in Nashik, later this month or early next month, for which Raut is currently making the preparations.
IANS