Shah asks Rahul to spell out his stand on NRC 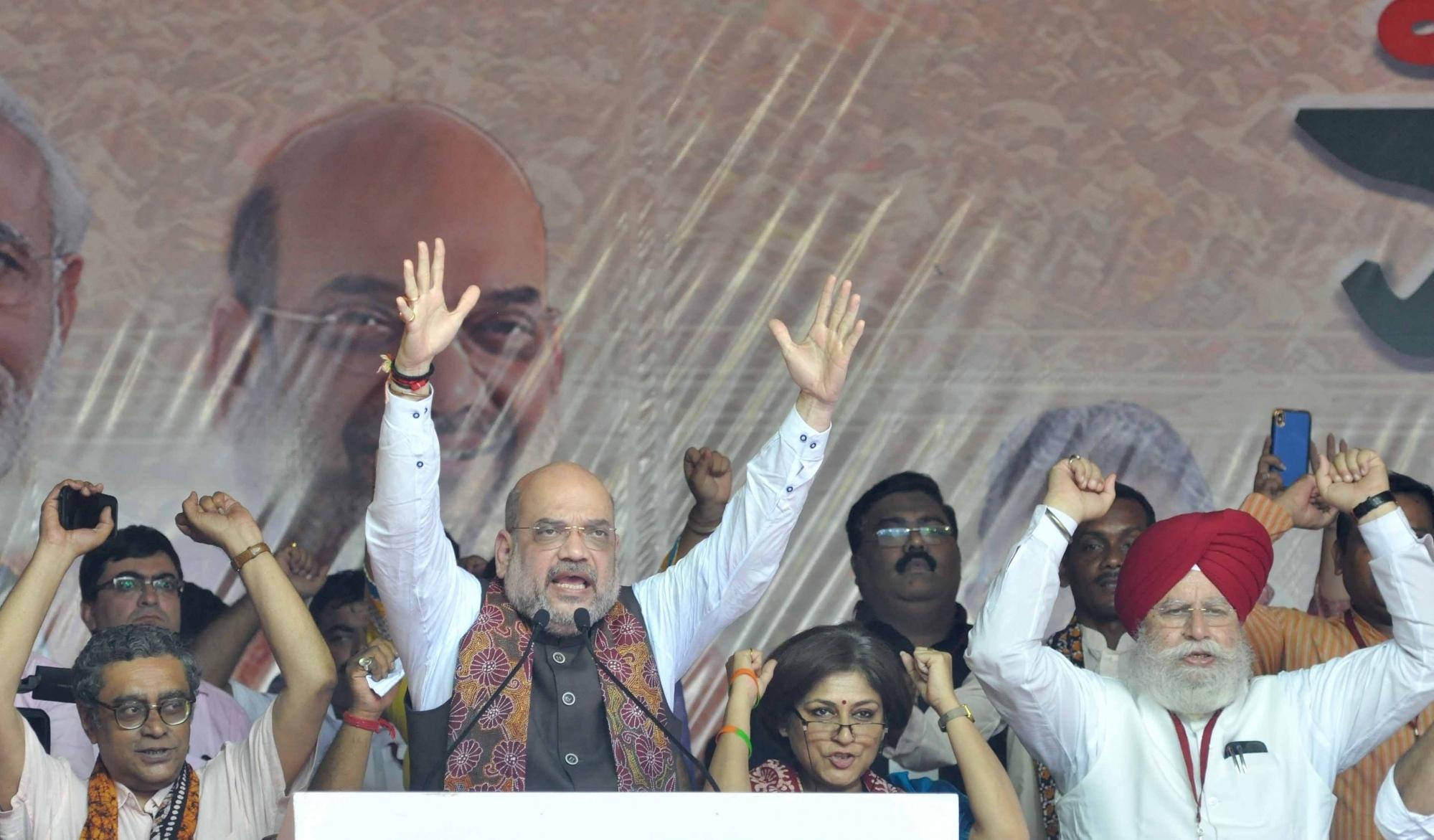 Kolkata:Asking Congress President Rahul Gandhi to clearly spell out his stand on the NRC in Assam, BJP President Amit Shah on Saturday asserted that his party is committed to completing the registration process to identify infiltrators notwithstanding opposition from Trinamool Congress chief Mamata Banerjee.

“Mamata Di, NRC will not stop just because of your opposition. You are free to oppose. Congress leader Rahul Gandhi is free to oppose. But it is our commitment that we will complete NRC in Assam, by following the due process of law, and identify all infiltrators one by one,” Shah said at a rally here.

Banerjee has been strident in her criticism of the National Register of Citizens (NRC) in Assam, after 40 lakh people did not find place in the document’s first complete draft published on July 30.

Accusing Gandhi of not making clear his position on the NRC for the sake of votebank politics, Shah pointed out that the work on the document was being done as per the Assam Accord which was signed in 1985 by then Prime Minister Rajiv Gandhi.

Rajiv Gandhi, Rahul Gandhi’s father, headed the Congress government at the Centre from 1984 to 1989.

“The work of the NRC is being done as per the Assam Accord. Who formulated the Assam accord? It was formulated by then Prime Minister Rajiv Gandhi.

“The Congress had no problem then, but now for votebank politics, Rahul Gandhi is not making clear his stand,” Shah said at the rally organised by the Bharatiya Janata Yuva Morcha (BJYM).

Virtually throwing a challenge to Gandhi and Banerjee, Shah said they should clarify their priority — country’s security or votebank politics.

Reminding Banerjee that in 2005 she had thrown papers at then Lok Sabha Speaker Somnath Chatterjee and stalled the House demanding removal of Bangladeshi infiltrators, Shah said she has changed her stance as the infiltrators now vote for her.

“Today, the same Bangladeshi infiltrators form the Trinamool votebank. And Mamata Di wants to keep them in India, in Assam. Mamataji, please clarify. Congress President Rahul Gandhi, pleas clarify, whether you give priority to the country’s security or your votebank politics,” said Shah at the well-attended rally on Mayo Road in the heart of Kolkata.

Shah asked the crowd whether or not the Bangladeshi infiltrators pose a threat to the country’s security, were involved in bomb blasts in Bengal and if they should be driven out.

Once the crowd responded with a roaring “yes”, he said: “Mamata Didi, I tell you, we are Bharatiya Janata Party (BJP) leaders, for us the country comes first, votebank later.”

Shah also charged Banerjee with spreading “misinformation” in Bengal that along with infiltrators, refugees will also be driven out of India because of the NRC, and affirmed that it is the responsibility of the BJP government at the Centre to ensure refugees stay back in India.

“I assure all refugees in Bengal that the BJP government is bringing Citizenship Amendment Bill, 2016. This bill has the provision to give citizenship to Christians, Buddhsits and Hindu refugees, who have come from Afghanistan, Pakistan and Bangladesh. There are no plans to send any refugees back.

“Mamata Di, stop spreading confusion, it is the responsibility of the Indian government to keep the refugee brothers and sisters in India,” he said.
(IANS)