RBI cracked the whip on ICICI, others, for flouting norms, but was ignored: RTI 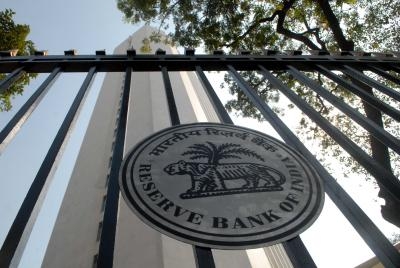 Mumbai, Dec 27 (IANS) The Reserve Bank of India (RBI) had slapped show cause notices (SCNs) and imposed penalties on the ICICI Bank and certain other banks way back in 2017, for violating various norms, according to a RTI reply, but few of these seemed to have heeded this.

The SCNs were served on at least 13 banks, including the ICICI Bank, which was also penalised for flouting the tough Income Recognition & Asset Classification (IRAC) rules, as the RTI reply received by Pune businessman Prafful Sarda.

In three other instances, the SCNs were given but since the adjudication process was not completed, the banks’ names were withheld, said Sarda.

The SCNs were sent to ICICI Bank as alarming reports started emanating about various accounts, including the Videocon Group headed by Venugopal Dhoot, which was already in the process of turning into a non performing asset (NPA), he pointed out.

In December 2022, Chanda, her husband Deepak Kochhar and Dhoot have all bit the dust to land in the custody of Central Bureau of Investigation (CBI).

“Despite the timely alerts given by the RBI, it’s mysterious how the ICICI Bank failed to take serious note and show her the door immediately. Will the CBI also probe the entire conspiracies that were hatched then, the players inside and outside, which have clearly resulted in the huge losses to the bank and the public,” Sarda wonders.

As far as the ICICI Bank’s gross NPAs are concerned, the RTI reply shows the figures after 2008-2009 (when Chanda Kochhar became the captain) as Rs 9,565 crore which shot up and accumulated to a staggering Rs 33,978 crore (2018-2019) when she was virtually banished by the bank after over 10 years.

In between, in 2012, came the Videocon Group loan of Rs 3,250 crore, which was declared NPA after five years in 2017, and started her steep downslide, too.

Even as the RBI showed the red signal to ICICI and other banks, the CBI in 2019 had registered the FIR against the Kochhars after a preliminary enquiry lasting 10 months. – IANS

(Quaid Najmi can be contacted at: q.najmi@ians.in)

Border row: Maharashtra govt passes resolution in assembly, says will not let an inch of land to Karnataka

Probe begins into mysterious death of Russian lawmaker, his friend in Odisha