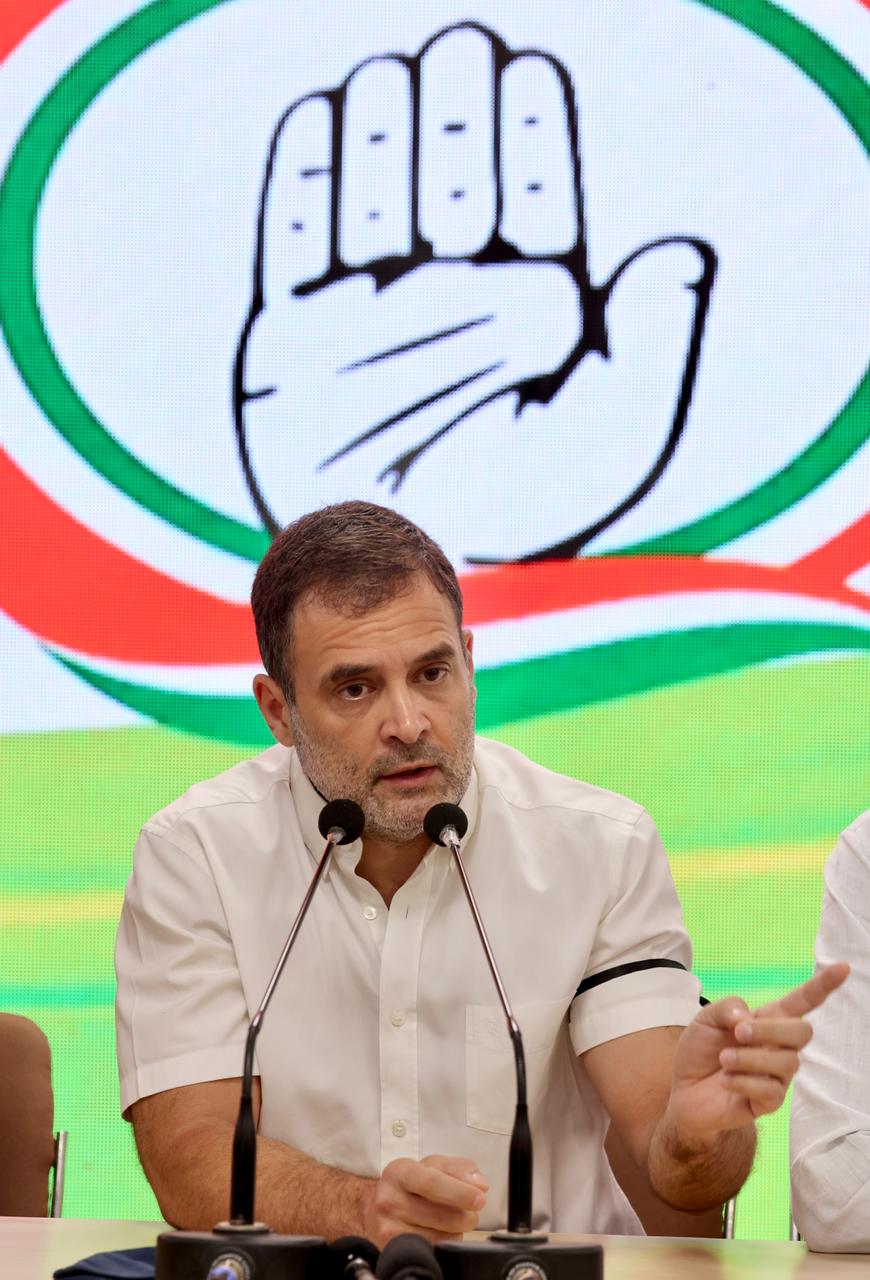 New Delhi: In a scathing attack on Prime Minister Narendra Modi, Congress leader Rahul Gandhi  on Friday said here that India is witnessing the “death of democracy” due to the dictatorship of four people. His remarks came at a press conference just before joining a  nationwide protest against inflation and unemployment launched by his party.

Gandhi said, “When any opposition fights in a democracy, it fights with the support of institutions. The opposition seems ineffective because the Modi government is controlling the legal structure, judiciary, electoral structure, and media. Not a single institution is now independent because an RSS man is being placed in all the institutions, so we are not fighting a political party but against the entire system.”

Gandhi added, “If anybody speaks against the Govt, then they are threatened with the help of the ED and the CBI. The impact of the Opposition is not visible because of the financial and institutional monopoly of the Govt.”

Stating that the lone agenda of the current dispensation is to ensure that people’s issues like price rise, unemployment, and violence in the country must not be raised and those who speak against it are being viciously attacked.

On the economic situation of the country, Gandhi called FM Nirmala Sitharaman a ‘mouthpiece’ with no understanding. He remarked, “The entire job creation system of India has been destroyed, and small and medium businesses have been wiped out. Please ask any state, they will tell you that GST is a disaster. We have the highest unemployment in the country and prices are rising but the finance minister is saying that there is no problem.”

When asked about why Congress is not winning elections, Rahul Gandhi said that even Hitler used to win elections because he had absolute control over every institution in Germany. He said ”give me the entire system then I will show you how to win elections.”

Since Thursday, Rahul Gandhi is leading the protest of the Congress party over the misuse of probe agencies and inflation. Yesterday Gandhi had remarked that he was not scared of PM Modi and the Govt can do whatever they want against him but he will continue raising the voice of the people.

Today, Congress leaders, including MPs wore black clothes and black bands on their arms as a mark of protest and they tried to march from Parliament to Rashtrapati Bhavan while party workers also sought to gherao the residence of the prime minister as part of the protest but their march was foiled.

The Delhi Police had denied permission to the Congress for holding the protest citing the prohibitory orders of section 144 in New Delhi.