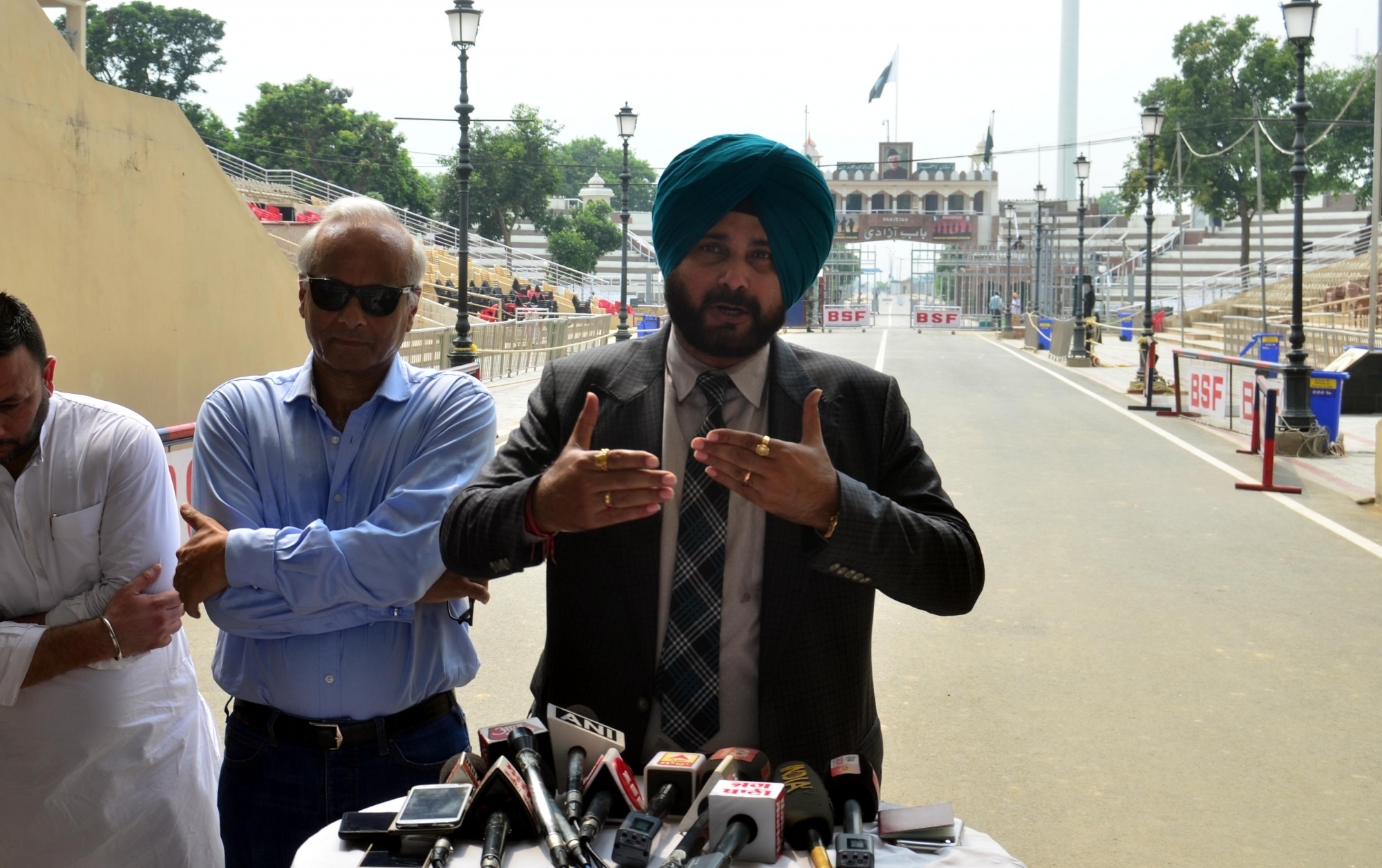 Attari: Punjab Cabinet Minister Navjot Singh Sidhu talks to the media after returning back from the the swearing-in ceremony of Pakistan Prime Minister Imran Khan, in Punjab’s Attari on Aug 19, 2018. (Photo: IANS)

Islamabad: Pakistan Prime Minister Imran Khan on Tuesday thanked cricketer-turned-politician Navjot Singh Sidhu for attending his oath taking and called those targeting him in India as “doing great disservice to peace in the subcontinent”.

“I want to thank Sidhu for coming to Pakistan for my oath taking. He was an ambassador of peace and was given amazing love and affection by the people of Pakistan. Those in India who targeted him are doing a great disservice to peace in the subcontinent — without peace our people cannot progress,” tweeted the newly-elected Prime Minister defending Sidhu.

Khan again called out India to resolve their conflicts through dialogue.

“To move forward, Pakistan and India must (have) dialogue and resolve their conflicts including Kashmir. The best way to alleviate poverty and uplift the people of the subcontinent is to resolve our differences through dialogue and start trading,” he said.

During his visit to Pakistan, Sidhu had expressed hope that the Pakistan Tehreek-e-Insaf chief’s victory would be good for the peace process between the two neighbours.

Sidhu, now with the Congress, added that he went there bearing the message of love and prayers for Pakistanis.
(IANS)