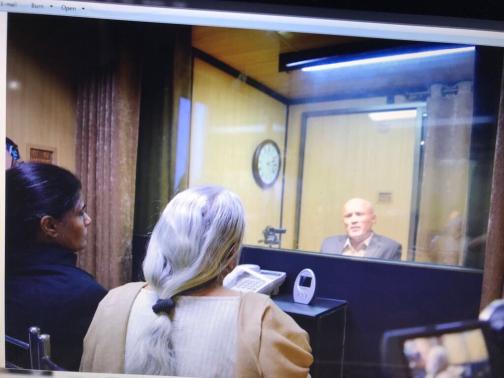 Islamabad: Pakistan Foreign Minister Shah Mehmood Qureshi on Thursday said the country will have to take “some bitter decisions” in the case of alleged Indian spy Kulbhushan Jadhav, hinting at his execution.

“We will try to move forward under the leadership of Prime Minister Imran Khan. The nation should be ready as we will have to take some bitter decisions,” Geo News quoted Qureshi as telling the media in Multan city.

The Minister expressed hope that Pakistan will win the case in the International Court of Justice (ICJ), which will hear it for a week in February 2019.

“We have solid evidence against Jadhav and are hopeful we will win the case in the ICJ,” he said. “We will try our best to present our stance in an effective manner before the ICJ.

Jadhav was sentenced to death by a Pakistani military court for espionage in April 2017 following which India moved the ICJ. A 10-member ICJ bench restrained Pakistan from executing Jadhav till the case was adjudicated on.

Pakistan stated that “Jadhav was not an ordinary person as he had entered the country with the intent of spying and carrying out sabotage activities” in Balochistan. India denies all the charges.

Jadhav was apprehended on March 3, 2016 after illegally crossing into Pakistan from Iran, according to Pakistani officials. Indian officials say he was abducted from Iran and taken to Pakistan against his will.
(IANS)