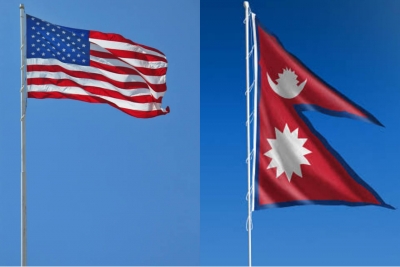 Kathmandu:In a bold decision, the Nepal government has decided not to go ahead with a controversial military pact with the US under the framework of the State Partnership Program (SPP).

A cabinet meeting on Monday decided to inform the US government that Nepal will not be a part of SPP, said Minister for Information and Communication, Gyanendra Bahadur Karki.

The issue of joining the SPP became a politically charged matter in Nepal. Ruling and opposition party leaders have been calling the Sher Bahadur Deuba government not to sign any agreement on SPP with the US under any circumstances.

Deuba is scheduled to visit the US in mid-July, while Nepal’s Chief of Army Staff will be in the US from June 27 to July 1 on a bilateral visit.

The Nepal Army had written to the US Embassy in 2015 and 2017, requesting to join the SPP. The US Embassy in Kathmandu had mentioned that Nepal Army’s request was accepted in 2019. But there was no clarity as to whether Nepal was part of SPP.

However, as SSP was part of the US military strategy, the government had made a public commitment that Nepal would not participate in it.

The SPP agreement became even more controversial after General Charles A. Flynn of the US Army’s Indo-Pacific Command visited Nepal in the second week of June.

Prime Minister Deuba was positive about the SPP, but the Chief of Army Staff, Prabhuram Sharma, was undecided. During his visit to Nepal, Flynn said that an agreement should be reached to move the SPP forward during Sharma’s upcoming visit to the US.IANS

UP’s Purvanchal Expressway gets only half of expected traffic