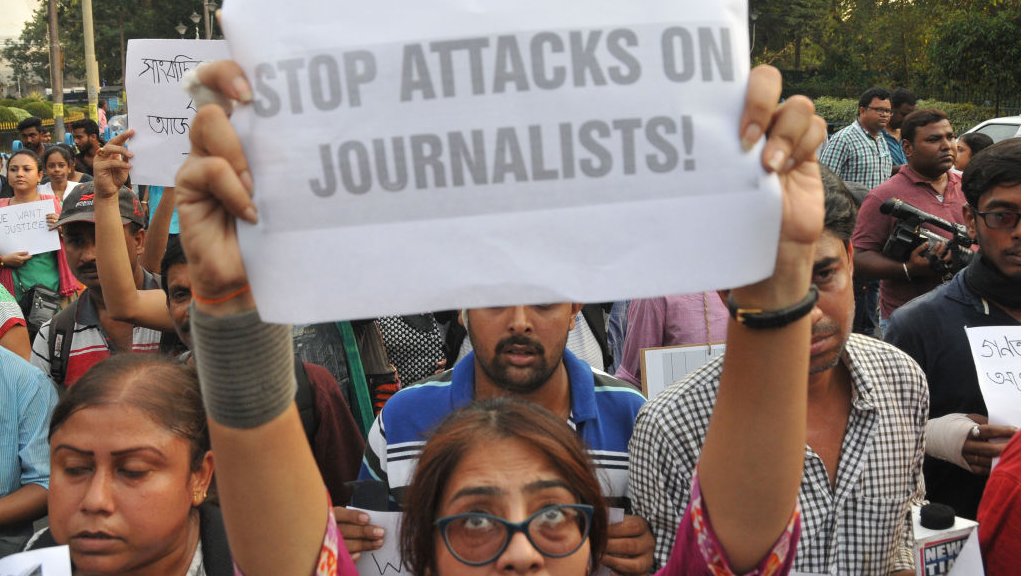 Concerned over the “increasing policing” of journalists, the Delhi Union of Journalists (DUJ) demanded replacement of “toothless” Press Council of India and the News Broadcasting and Digital Standards Authority (NBDSA) which are “prisoners of indecision”.

In a statement on Sunday, the journalists’ body expressed “grave concern” over current situation and also against the “increasing tendency of flashing hate speech” against communities, especially of minorities.

DUJ president S.K.Pande and its general secretary, Sujata Madhok, called upon the authorities concerned to set up on a priority basis a Media Council of India, replacing the existing media watchdog bodies which have run defunct.

The DUJ cited the latest report of Human Rights Watch (HRW), which took grim view of arrests and intimidation of journalists.  The HRW report spoke of several arrested and jailed journalists with concern, including Mohammed Zubair, Rupesh Kumar Singh, Siddique Kappan, among others, the DUJ added.

The DUJ said, “Most damningly, the Report says the government has ‘intensified and broadened their crackdown on activist groups and the media’. The Report refers to the use of Pegasus spyware to target media persons besides other assaults on the media.”

The DUJ said the situation in Kashmir is the worst with the arrests of Fahad Shah and Sajad Gul. “The Human Rights Watch Report says ’35 journalists in Kashmir have faced police interrogation, raids, threats, physical assault, restrictions on freedom of movement, or fabricated criminal cases for their reporting’, since August 2019,” the DUJ added.

On the issue of NDTV, it further said it was “one of the last channels that reported somewhat independently, instead of merely mouthing government and corporate propaganda and amplifying divisive, communal hate speech”.

The DUJ welcomed the Supreme Court’s recent observations on the role of TV channels in causing rifts in society and its directives to state governments and police to take action against those who promote hate speech, reported news portal The Wire

The Supreme Court is hearing several petitions against hate speech including the “UPSC Jihad” campaign by Sudarshan News TV, the Corona Jihad campaign in the media and the Dharam Sansad meetings where anti-Muslim statements were openly made, the DUJ said.

India’s richest 1% own more than 40% of total wealth: Oxfam