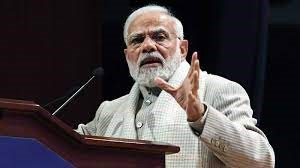 The Union government has come under severe scrutiny from the advocate of free voice and civil rights activists over its move to block the BBC documentary on 2002 Gujarat riots that reportedly questions the role of Narendra Modi, the then chief minister of the state.

The fresh criticism has come from the Committee to Protect Journalists (CPJ) which has called the ban move an “attack on free press” and urged the authorities to take back the ban decision.

Demanding the government to withdraw regulations under the IT Act that “imperil press freedom and freedom of expression online”, the organization asked the Modi government to restore full and unrestricted access to the documentary and

In a statement, CPJ’s Asia programme coordinator Beh Lih Yi, said: “The Indian government’s order to social media platforms to block a BBC documentary about Prime Minister Narendra Modi is an attack on the free press that flagrantly contradicts the country’s stated commitment to democratic ideals.”

“Authorities must immediately restore full and unrestricted access to the documentary and withdraw regulations under the Information Technology Act that imperil press freedom and freedom of expression online,” the statement read.

The Ministry of Information and Broadcasting on Saturday ordered YouTube and Twitter to take down links sharing the first episode of the two-part BBC documentary, tilted ‘India: The Modi Question’.

The BBC’s two-part series, “India: The Modi Question” have looked at the details of the riots that occurred in Gujarat in 2002 while Modi was chief minister. After India slammed the move, the BBC defended its series. “The documentary was rigorously researched according to the highest editorial standards,” a BBC spokesperson said in a statement.

Clips of the documentary, which did not air in India, have been shared widely on social media.

At least 50 tweets, including posts by opposition leaders, activists and journalists, carrying a link to the BBC documentary were censored by the government. The ministry cited Rule 16(3) of the IT Rules [PDF] and Section 69(A) of IT Act, 2000 to ask social media platforms for removal of the posts, according to The Wire. CPJ emailed Google, Twitter, and the Indian Ministry of Information and Broadcasting for comment, but did not receive any replies, it reported.

The Union government has ordered to ban around 230 Chinese apps, including 138 betting apps and 94 loan lending apps, on “urgent” and “emergency” basis. According to an official, the...

The Rashtriya Swayamsevak Sangh (RSS) came to the rescue of the Adani group with the saffron group’s mouthpiece Organiser, in an article, saying that the attack on the beleaguered business...

Forgotten man in Pakistan politics, Musharraf passes away in Dubai

Islamabad : Former dictator, President and military ruler of Pakistan General (Retd) Pervez Musharraf breathed his last in Dubai after being critically ill for about two years. Musharraf, 79, was...

China denounces US move to shoot down unmanned ‘airship’

Beijing : China expressed strong dissatisfaction and opposition towards the US use of force to attack China's civilian unmanned airship, Chinese Foreign Ministry said on Sunday in a statement. The...

Peshawar: Thousands across Khyber-Pakhtunkhwa (K-P) took to the streets to record their protest against increasing lawlessness and terrorism in the region, demanding that the vulnerable police force be armed to the...

New Delhi: The Chief Justice of India (CJI), D.Y. Chandrachud said on Saturday that for the court, there are no big and small cases - every matter is important, and the...