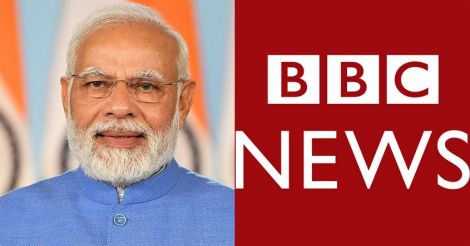 The Gujarat riots are back in focus. The BJP has got support from unexpected quarters, Congress leader AK Antony’s son in the ongoing controversy over the BBC documentary, “India: The Modi Question”.

The documentary that questions Narendra Modi’s role during the Gujarat communal riots has triggered massive controversy after the government’s blocked the show.

Anil Antony, who handled the digital communications of Congress’s Kerala until recently, said that the placing the views of the BBC over Indian institutions would “undermine” the country’s sovereignty.

In a tweet, Anil said despite large differences with the BJP, those who support and place the views of the British broadcaster and of former UK foreign secretary Jack Straw, the “brain behind the Iraq war,” (involving the US-led coalition in 2003) over Indian institutions are setting a dangerous precedence.

“Despite large differences with BJP, I think those (in India) placing views of BBC, a state sponsored channel with a long history of (alleged India) prejudices, and of Jack Straw, the brain behind the Iraq war, over (Indian) institutions is setting a dangerous precedence, will undermine our sovereignty,” Anil tweeted.

Antony’s remarks come at a time when Congress and other opposition parties, including the TMC and AIMIM, slammed the Modi government for putting a ban on the documentary.  Recently, Congress spokesperson Jairam Ramesh alleged that the move was nothing but “censorship” and said that late Prime Minister Atal Bihari Vajpayee also wanted Modi’s exit following the riots.

Meanwhile, KPCC minority cell chairman, advocate Shihabuddin Karyat, in a statement said that the documentary would be screened in district headquarters of the party on Republic Day in view of the undeclared ban on it in the country.

Ministry of information and broadcasting issued directions banning any clips from the episode being shared under legislation introduced in 2021 that allow for the “blocking of information in case of emergency”.

Earlier, Ministry of External Affairs described the documentary as a “propaganda piece”, reflecting a colonial worldview. “We think that this is a propaganda piece, designed to push a particular discredited narrative. The bias, lack of objectivity and continuing colonial mindset is blatantly visible,” foreign office spokesperson Arindam Bagchi told reporters during a press briefing in New Delhi on Thursday.

The BBC defended its series saying it was rigorously researched according to the highest editorial standards”. The documentary is based on an unpublished report by a team of the UK government that investigated and held PM Modi directly responsible for the 2002 Gujarat riots.” More than more than 2000 people, mostly Muslims, were killed in the violence.