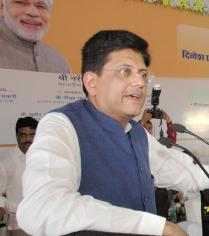 New Delhi: The Lok Sabha was briefly adjourned on Thursday again for a third time over the issue of Rafale jet deal after Congress members created a ruckus.

Following the ruckus, the Speaker adjourned the House till 2 p.m.

Earlier, Congress leader Mallikarjuna Kharge raised the issue during the Zero Hour and said that national security had been compromised. The government was trying to mislead the nation on the Rafale deal with France, he added.

“Rafale is the biggest scam of the country worth Rs 45,000 crore,” he said. He demanded a Joint Parliamentary Committee to probe the deal.

After Kharge’s statement, all the Congress leaders approached the Speaker’s podium holding placards that said “Stop misleading Parliament and People” and “Constitute JPC on Rafale”.

Speaker Sumitra Mahajan then adjourned the House for 20 minutes till 1 p.m.

The House was earlier adjourned for 10 minutes during the Question Hour after the Telangana Rashtriya Samithi (TRS) members created ruckus over the allocation of defence land in the state.
(IANS)