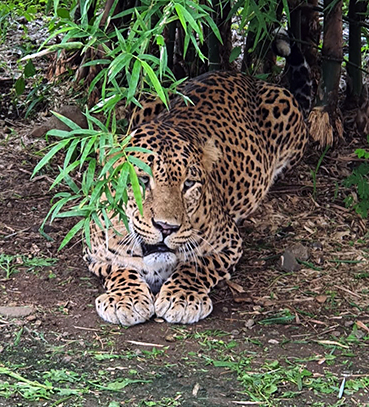 Noida, Jan 7 (IANS) Residents of a society in Greater Noida West protested against the forest department and the builder ever since a leopard was sighted in the society premises.

The big cat was sighted at an under-construction site in Ajnara Le Garden society on January 3, creating panic among the residents.

The residents protested at the gate of the construction site, demanding that the officials stay in the premises till the leopard is captured.

The residents also blamed the builder for leaving the project unfinished and said that the under-construction building would be a perfect hideout for any wild animal.

The protest was held after a message was circulated in the society WhatsApp group to mobilise the residents.

Rumours regarding forest officials leaving the premises since the leopard has not been sighted in recent days further angered the residents, who raised questions over the forest department’s inefficiency. – IANS