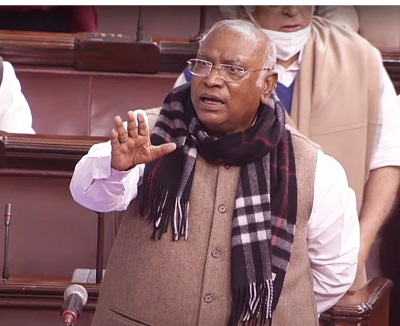 New Delhi: Leader of Opposition in Rajya Sabha Mallikarjun Kharge is said to have emerged top choice for the party President’s post but the game is still on and Congress sources on Tuesday said that leaders have been called for the nomination on Thursday.

Congress sources said that Rajasthan Chief Minister Ashok Gehlot is not yet ruled out from the race and Kumari Selja’s name is also under consideration while Rahul Gandhi’s choice is said to be K.C. Venugopal.

Congress treasurer Pawan Kumar Bansal has taken a nomination form from the Central Election Authority, but sources said that it’s not clear whether he will file a nomination or not. On his part, Bansal said he is only a proposer, not the candidate.

Senior Congress leader Kamal Nath, whose name had also come up and had met Congress President Sonia Gandhi on Monday said that he doesn’t want to become the party chief and wants to continue to work for the party in Madhya Pradesh.

The escalating drama in Rajasthan has made the Congress leadership think about a plan B for the top party post, for which Gehlot was being seen as a contender. However, the open defiance by his loyal MLAs had brought him under a cloud.

The time is running out as the election process has started and September 30 is the last day of nomination.