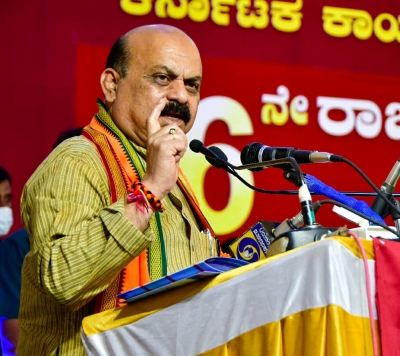 Belagavi (Karnataka): In a major development, the Karnataka government has denied entry to Maharashtra ministers visiting the bordering Belagavi district.

Nitesh Patil, Deputy Commissioner of Belagavi said on Monday that the Maharashtra Ministers and parliamentarians will not be let inside the state of Karnataka on Tuesday.

“We have got the tour programme of two ministers of Maharashtra and one MP. Earlier, they claimed that the visit will be made on December 3 earlier, now it is informed that they will visit on Dec 6 (Tuesday),” he stated.

Due to their statements, the situation in the district has turned serious. If they come to the district, there will be consequences on the law and order situation. There is threat to the security of Maharashtra ministers, he explained.

“We are expecting that they will cancel the visit voluntarily. Otherwise we will be forced to take action,” DC Nitesh Patil explained.

Like how the visits of ministers and MPs were prevented earlier after releasing the orders, similar orders will be issued this time also, he said.

The prohibitory order will be issued under IPC Section 143. The Chief Secretary of Karnataka has sent a message to the Maharashtra government that if their ministers visit Belagavi, the law and order system will be challenged, he stated. Security had been tightened throughout the Belagavi border, he added.

The activists warned that since BJP is ruling in both the states, CM Basavaraj Bommai should talk to his counterpart in Maharashtra and prevent their entry. If they enter Karnataka, CM Bommai is responsible for all consequences, they warned.