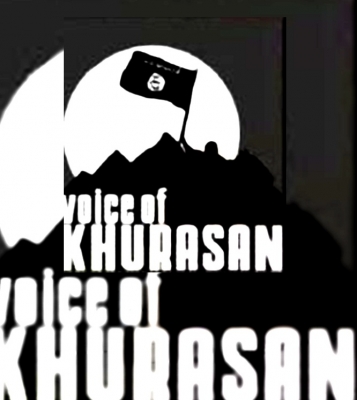 Thiruvananthapuram: The Central intelligence agencies have commenced a probe after an article in the IS mouthpiece ‘Voice of Koharasan’ mentioned that ‘the first Indian suicide bomber for them was a Keralite who had converted from Christianity to Islam.

In the latest issue of the magazine, the article about the suicide bomber is in the chapter ‘Memories of Shuhada’, a portion dedicated to the memories of those who died fighting for IS.

The article did not, however, mention the exact identity of the youth. It dwells that he was an engineering graduate from Kerala who had worked in Bengaluru as an engineer and later migrated to Dubai.

The article further states that the youth had assumed the name, ‘Aboobacker Al-Hindi’ and that he got attracted to Islam while in UAE. He later did more research on the religion through available online portals and later converted to Islam.

After conversion, he, according to the magazine, got attracted to the ideology of Jihad and contacted the IS sleeper cells in Dubai. He was planning to go to Yemen for further training, but was not able to and hence returned to his home state, Kerala. After spending some time in Kerala, he got a message from his IS contacts that there was an opportunity in Libya and accordingly he reached there under the guise of searching for a new job. According to the article, he fought against the Libyan Army at Sirsit, the IS the stronghold, and later became a suicide bomber and blasted himself to death.

Central Intelligence agencies had earlier itself got some wind of such a person and had commenced a probe into the same.

Sources in the agency told IANS that he would have committed the act in 2015-16 and that there was some information about him with the Central agencies.

Sources in the agencies also told IANS that they have details of 100 youths from Kerala who had left the shores of the state to reach IS and officials said that there could be more people who have joined the IS in Syria and Yemen.

It is to be noted that ‘Aboobacker Al- Hindi’ is the third person from Kerala, who had died for the cause propagated by the organisation, according to its mouthpiece, ‘Voice of Khorasan’.

The first one who, according to IS, had become a suicide bomber was identified as Mohsin from Trikkaripur in Kasargod district. He was the suicide bomber who attacked the Sikh Gurudwara in Kabul and blasted himself on March 25, 2020. He was named in an earlier edition of ‘Voice of Khoarasan’ as ‘Abukhalid Al-Hindi’. In the suicide bombing, he had accompanied two others and caused the death of 25 people.

The second person mentioned in the IS magazine is Dr. Ejas, who had joined the IS from Kasargod district of Kerala. His full name was Ejas Kallukettupurayil was a doctor. The IS publication division eulogises him for the ‘brave act’ of killing 39 people by attacking a jail in Kabul.

The National Investigation Agency (NIA) had in its report said that Dr. Ejas had left India in 2016 along with his pregnant wife Refala.

The central agencies are probing the latest revelations in the IS publication and are trying to ascertain whether anyone else had left to join the IS along with ‘Aboobacker Al-Hindi’.

Delhi HC: Satyendar Jain cannot be disqualified from Cabinet and Assembly as a “person with unsound mind”