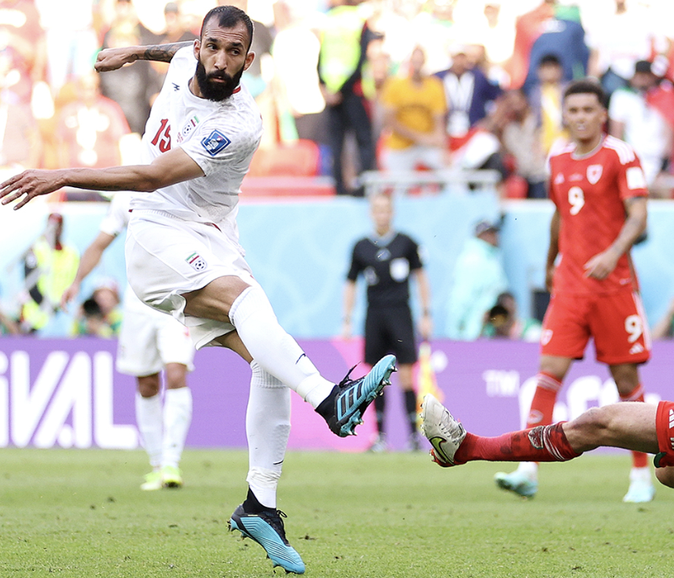 Iran hit Wales on the break after they’d sent numbers forward and they had a massive overlap in the end. Ramin Rezaeian scores with a chipped finish but it could have been any one of three.

Cheshmi scores from range with a peach of a strike. Danny Ward is slightly unsighted as he travels past a couple of Welsh bodies.

There was no doubt once the referee went to take a look at it. He overturns his original decision and the keeper is sent for an early shower.

Ramsey off for goalkeeper Danny Ward. Wales down to 10 men.

Hennessey’s red card is the first in the tournament.

Dhaka: The Indian men's cricket team on Sunday announced that they have released wicketkeeper-batter Rishabh Pant from their squad for the ODI series against Bangladesh. A statement from the Board of...

Doha (Qatar): Argentina survived some anxious moments against Australia to register a fighting 2-1 win over and move into the quarter-finals of the FIFA World Cup. At the Ahmed Bin Ali...