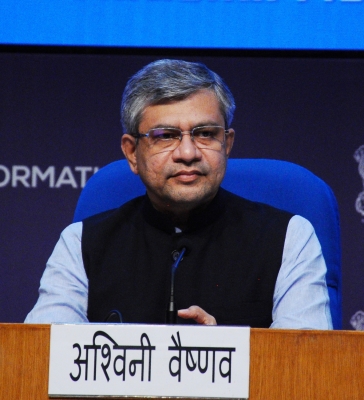 New Delhi: After a woman journalist filed a complaint with the Delhi Police over webpage “Bulli Bai” aimed at demeaning Muslim women, Union Minister for Communications, Ashwini Vaishnaw said that hosting platform Github blocked the user behind the app.

“Bulli Bai”, created on Github, popped up on January 1, with a number of pictures of women including journalists, social workers, students and famous personalities, accompanied by derogatory content.

Citing Vaishnaw’s response, Chaturvedi said: “Sir, Thank you. With due respect I had shared with you that besides blocking the platform punishing the offenders creating such sites is important.I hope @HMOIndia & @GoI_MeitY will support @MumbaiPolice to find these culprits & make them as well as platforms accountable #BulliDeals.”

Quoting a women journalist’s tweet, Chaturvedi said earlier on Saturday: “I have repeatedly asked Hon. IT Minister @AshwiniVaishnaw ji to take stern action against such rampant misogyny and communal targeting of women through #sullideals like platforms. A shame that it continues to be ignored.”

“It is very sad that as a Muslim woman you have to start your new year with this sense of fear & disgust. Of course it goes without saying that I am not the only one being targeted in this new version of #sullideals. Screenshot sent by a friend this morning. Happy new year,” the journalist had tweeted.

“A complaint has been filed by me with the Cyber Cell of Delhi Police for immediate registration of FIR and consequent action against people behind the auctioning of Muslim women on social media.”IANS