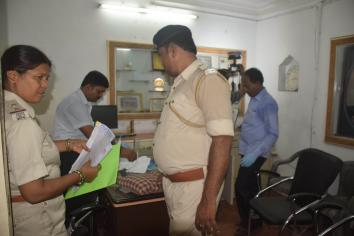 Patna: A CBI team along with officials from the Central Forensic Science Laboratory (CFSL) on Saturday conducted a search at a shelter home in Bihar’s Muzaffarpur district where 34 minor girls were raped, police said.

The CFSL team has collected scientific evidence to speed up the probe into the case.

Ahead of filing an application in the Muzaffarpur court to take Brajesh Thakur, the main accused in the case, on remand for interrogation, the team opened sealed rooms and conducted the searches for the first time, a district police official said.

“The teams opened sealed rooms and conducted search to collect more evidence in the case. All the activities carried out by the teams were videographed for record,” the official added.

The shelter home was sealed by the district administration after Thakur was arrested along with nine others.

Additional security forces have been deployed in and outside the shelter home as the teams were likely to conduct their operations for hours.

Thakur has spent only five days in the Muzaffarpur Central Jail since he was arrested in the case on June 2.

The Patna High Court is monitoring the ongoing CBI investigation into the case.
(IANS)