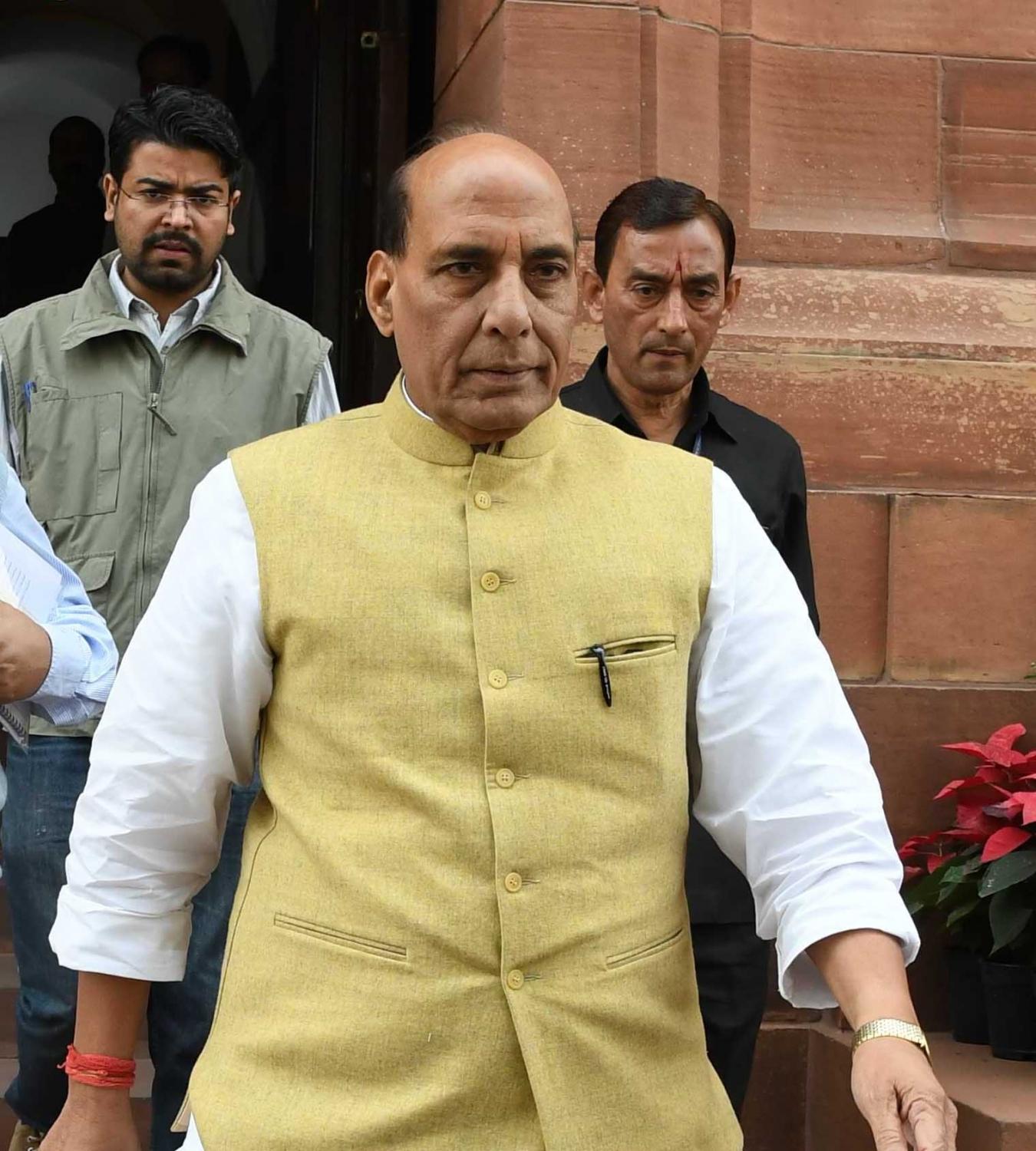 New Delhi: The Centre on Tuesday said the Border Security Force (BSF) and Assam Rifles have been sensitised to ensure that members of the Rohingya Muslim minority do not enter the country and states have been asked to enumerate and confine those who have immigrated illegally.

Home Minister Rajnath Singh told the Lok Sabha during Question Hour that his Ministry had issued an advisory to the states in February concerning the Rohingya.

“The BSF and Assam Rifles have been fully sensitised to ensure that Rohingyas are not able to enter,” Rajnath Singh replied to a query posed by a Shiv Sena member.

He said Rohingyas have, however, entered the country in “large numbers”.

“It should not happen that the Rohingyas spread out and stay wherever they want,” he said, adding that the states have been advised to prepare their “biography” (profiles) and take biometrics.

“The advisory also says that their movement should also be monitored and the states should be fully alert,” the Minister added.

Rajnath Singh said the state governments have the right to deportation under the Foreigners Act.

“We have requested the state governments that after identification and enumeration of the Rohingyas, they should send the information to the Central government. Once we get this information, we will share it with the External Affairs Ministry. The ministry will talk to the Myanmar authorities and try to deport them,” the minister said.

Earlier, Minister of State for Home Kiren Rijiju said Rohingyas were illegal migrants and there was no question of the government giving them any facilities.

Answering another query, Rijiju said Jammu and Kashmir has the largest number of Rohingyas followed by Hyderabad. They were also present in Delhi, Haryana, Rajasthan and some other places.

“We have taken firm steps that they do not become a threat to the country’s security and become a burden in the future,” he added.

Referring to the issue of ration cards, he said the government has not allowed the move and “if registration has taken place in a fake manner, action will be taken”.

He said every state and union territory should ensure that Rohingyas do not get a legal document.

Regarding border fencing, Rijiju said: “There is no fencing with Myanmar, Nepal, Bhutan, China. We have a different agreement with every country.”

The minister said about 10 lakh Rohingyas in Bangladesh have not been able to enter India due to steps taken by the government.

Trinamool Congress member Sugata Bose said he was saddened by the reply of the Home Minister and noted that India has 40,000 Rohingya refugees while there were over 9 lakh in Bagladesh.

Noting that the government was carrying out “Operation Insaniyat” (Operation Humanity) in Bangladesh, he asked if Centre will give shelter to all persecuted people, specially refugees.

Rijiju said he was “surprised and saddened” by Bose’s remarks, saying that despite India not being a signatory to the UN convention on refugees, millions of them were still staying in the country.

The minister said India has a tradition of receiving persecuted people but that does not mean that “we cannot regulate our system”.

“Does that mean that you can allow anybody to walk into this nation and claim the rights of this nation. We have to have a system. We have to take care of our people first and then other people,” Rijiju added.
(IANS)