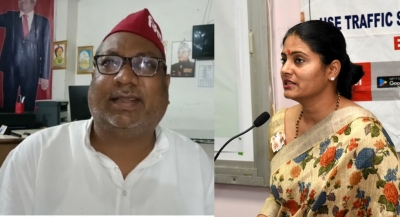 New Delhi: Seat sharing formula between BJP and its alliance partners, Nishad Party and Apna Dal has been finalized. Both the Apna Dal and Nishad party are likely to contest a dozen seats each.

Sources said that the formula for seat sharing was decided after a meeting of leaders of both the alliance partners with union home minister Amit Shah on Wednesday night. “Last night, Nishad Party chief Sanjay Nishad, union minister and Apna Dal chief Anupriya Patel separately met Shah and discussed the formula for seats sharing. In the meeting the seat sharing formula was finalized,” sources said.

It is learnt that Nishad party will contest about 15 to 18 seats and Apna Dal will contest 10 to 14 seats. “Couple of candidates of both the parties may contest on the BJP symbol,” sources said.

The BJP’s Central Election Committee (CEC), meanwhile, met on Thursday to finalise candidates for the Uttar Pradesh Assembly polls. Sources said that names of 172 candidates have been finalised where polling will be held in the first three of the seven-phased polls.

For the first time, the CEC meeting is being held in the hybrid form as a few of the CEC members, including party chief J.P. Nadda, Rajnath Singh and Nitin Gadkari have tested positive of Covid infection.

The Assembly polls will be held in seven phases in February-March starting from February 10. Counting of votes will be held on March 10. – IANS