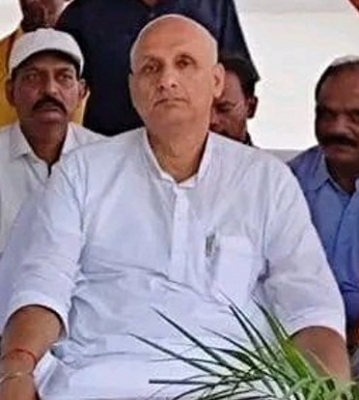 “There are five to six ‘Chand’ of Ramcharitmanas’s Sundar Kand and Uttar Kand which are objectionable and I have objection to it. That’s why I said that it spreads hatred in society. I am firm on it and will not withdraw at any cost. A person announced a Rs 10 crore bounty for slitting my tongue, I want to say that please, someone get rich by doing it,” Yadav said.

“If people would want to shoot me, they can do it but I will not withdraw my statement and cannot apologise,” he further said.

Earlier, Ayodhya seer Jagadguru Paramhans Acharya announced a bounty of Rs 10 crore for anyone who slits the tongue of Chandrashekhar Yadav if he does not apologise for his statement in one week.

Meanwhile, Bihar Chief Minister Nitish Kumar said that he will ask the education minister for his comment on Ramcharitmanas. “I am in Darbhanga and I have no details about his actual statement,” he said.

Samrat Chaudhary, the leader of opposition in Bihar legislative council said: “Chandrashekhar Yadav is a mentally disturbed person. The Bihar government should admit him to the Koilwar mental hospital of Koilwar in Bhojpur district.”

Hari Bhushan Thakur, another BJP MLA said: “If he is a man, he must make a controversial statement on Islam. He will be beheaded (Unka Sar Tan Se Juda Ho Jayega). He should apologise for his statement.”

“The minister of Nitish Kumar is disturbing the religious sentiment of common people. He will pay the price of it. Chandrashekhar Yadav has hurt the sentiments of lakhs of people. CM Nitish Kumar is dividing the communities through caste-based census. Hence, what can we expect from his minister,” said Chirag Paswan, MP and LJPR president.
IANS

Ruling BJP in Karnataka and host of people associated with the far right groups have slammed Kannada writer Kallahalli Sannegowda Bhagawan's remarks on Lord Ram with several complaints filed against...

Ayodhya: Shri Ram Janmabhoomi Tirath Kshetra Trust has asked top sculptors in the country to send their models for the statue of Ram Lalla (Lord Ram in the form of...

In yet another attack on Christian community, a mob of 400-500 people allegedly vandalized a church and attacked families belonging to the minority community leaving many people injured. Among the...

The Bhartiya Janta Party (BJP) will soon introduce a bill in the Karnataka assembly to prohibit the sale and circulation of halal meat in shops and restaurants in across the...