Rioter who attacked police during Delhi riots held with associates 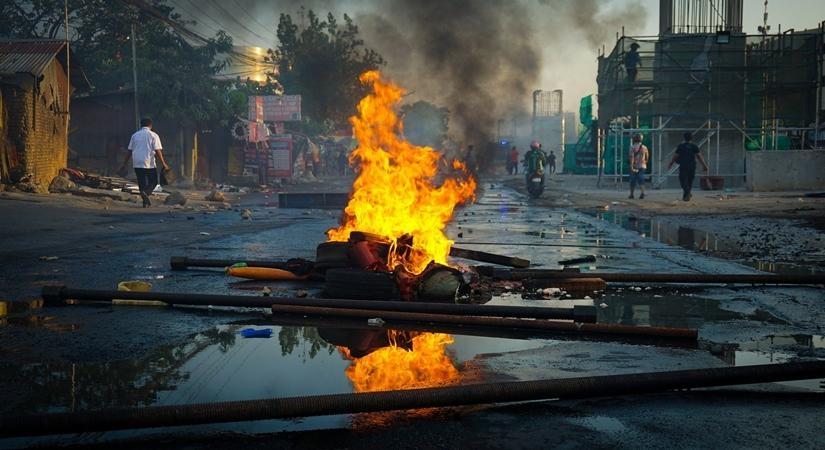 New Delhi: Four persons including a rioter who attacked the police during riots in north east Delhi and looted the service pistol of a head constable, have been caught by the Special Cell of the Delhi Police. During this attack Head Constable Ratan Lal was killed while some senior police officials were hurt. Head Constable Chhetrapal Singh whose service gun was snatched has slipped into a coma due to injuries.

One 9 mm pistol with 5 live cartridges, looted from Head Constable Chhetrapal Singh, was recovered from them.

“The accused Shahid alias Shahbaz was held by our team. He attacked HC Chhetrapal Singh who is in Persistent Vegitative State,” said DCP Pramod Kumar Kushwaha.

The accused also opened fire at the RSS office and a BJP leader’s home in Uttar Pradesh.

“A team of Inspectors Ravinder Kumar Tyagi, Pramod Chauhan and Ajit Singh, under the close supervision of ACP Lalit Mohan Negi had got a tip off about the accused Asif that he would come to Shahdara to commit a robbery. We laid a trap and nabbed Asif and Sanu. At their instance the police arrested Bali from Maujpur. Their interrogation led to the arrest of Shahbaz,” said Kushwaha.

The police said that Sahid alias Shahbaz was actively involved in riots which occurred during the visit of then US president Donald Trump. He was part of riots that took place on February 24, 2020 at Chand Bagh, Dayalpur in Delhi. He had looted the official pistol of Head Constable Chhetrapal who was assaulted by the rioter. In this particular incident, a DCP, ACP and several police officers sustained severe injuries. Head Constable Rattan Lal succumbed to injuries sustained during the riot.

Head Constable Chhetrapal whose pistol was snatched by the accused, also sustained multiple serious injuries and he is presently in a persistent vegetative state.

During interrogation, Shahbaz revealed that he was part of the protests against the CAA/NRC from December 2019 to February 2020. He along with his associates had also participated in the protests which blocked the Wazirabad road resulting in riots there. In this riot, he attacked the police.

Further investigation in the matter is on. – IANS