Pakistan one step away from exiting FATF grey list 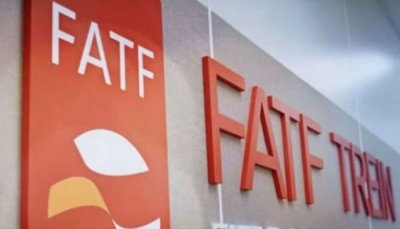 Islamabad: Pakistan is one step away from exiting the grey list of the Financial Action Task Force (FATF) as it has successfully complied with all points of the 2018 action plan items, securing approval from the global watchdog and initiating the process of onsite verification, required to officially remove the country the grey list.

The development came late Friday when FATF President Marcus Pleyer announced conclusion of the four-day plenary session in Berlin and announced approval of Pakistan’s performance report, adding that an onsite visit would be done before a formal announcement.

“Onsite inspection by FATF in Pakistan would be done before October, and a formal announcement on Pakistan’s removal would follow,” said Pleyer.

Pakistan’s performance was praised by the FATF for implementing the organisation’s action plans, which gives clear indications towards Islamabad positive movement towards getting off the grey list.

Minister of State for Foreign Affairs Hina Rabbani Khar, who headed Pakistan’s delegation at the FATF plenary session in Berlin, said that there is no pendency of action to fulfil the demands any further.

“The 2018 action plan has been closed and no pendency of action remains on Pakistan’s part. I am pleased to announce that Pakistan has completed the entire seven-point action plan a year ahead of the given timelines”, she said.

Pakistan submitted three progress reports to the FATF regarding action plan given last year in relation to money laundering, which were reviewed in detail by the watchdog’s team.

“Consequent to the fruitful discussions held at the plenary, the FATF has decided by consensus that Pakistan has addressed all technical benchmarks and completed all action plans from 2018 and 2021.

“The development spoke volumes about the comprehensive reforms carried out in Pakistan in the anti-money laundering and counter terror- financing (AML/CFT) domain and credited the country’s sustained momentum and result of our efforts. This acknowledgment by FATF is no less than a herculean feat and a remarkable achievement,” Khar added.

The Minister said the next step of onsite visit is a procedural process, which she termed as “beginning of the end of the process that will eventually culminate in Pakistan’s exit from the grey list”, expressing hopes that this time the exit will be “hopefully forever”.

She expressed optimistic confidence that removal from the grey list and FATF’s acknowledgement would inject credibility for foreign countries in Pakistan’s economy, which would reflect in a visible boost for the investment scenario for friendly countries.

“Pakistan is now in a position to now only sustain the trajectory of reforms but also to provide guidance and technical support to other countries on the list”, said Khar.

However, with onsite visit pending, Pakistan’s failure to sail through the scrutiny of the FATF team of inspection, may result in retention of the country on the grey list, which is why, Khar emphasised all to opt for a cautious optimism and a more silent handling of the development rather than a wayward uproar, claims of credit and political debate on the matter. – IANS

Ambivalence on Gandhi versus Godse in London play

Woman pushed off terrace by in-laws in Delhi