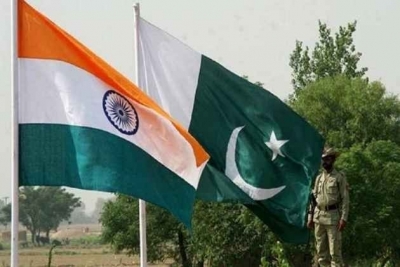 In its first ever National Security Policy, Pakistan said: “Towards the immediate east, bilateral ties have been stymied as a consequence of the unresolved Kashmir dispute and India’s hegemonic designs”.

Jammu and Kashmir finds only a small mention in the document which runs into 48 pages.

“A just and peaceful resolution of the Jammu and Kashmir dispute remains a vital national security interest for Pakistan. India’s illegal and unilateral actions of August 2019 have been rejected by the people of Indian Illegally Occupied Jammu and Kashmir (IIOJK).

“Indian occupation forces continue to undertake human rights abuses and oppression through war crimes, crimes against humanity, and genocidal acts in IIOJK. In addition, India continues to create false propaganda around the Kashmiri resistance to hide its illegal actions.

“Pakistan remains steadfast in its moral, diplomatic, political, and legal support to the people of Kashmir until they achieve their right to self-determination guaranteed by the international community as per UN Security Council resolutions,” the document said.IANS

Will not form alliance with SP, says ASP chief Chandrashekhar