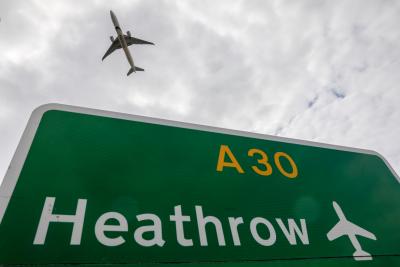 London: Counter-terror cops and security services in the UK have launched a probe after a deadly shipment of uranium was seized at London’s Heathrow airport, a media outlet reported. The undeclared nuclear material can be used in a dirty bomb.

It was destined for Iranian nationals in the UK, originated from Pakistan and arrived on a flight from Oman, The Sun reported.

A source said: “The race is on to trace everyone involved.”

The package, suspected of being smuggled to UK-based Iranians, arrived in the hold of a passenger jet.

Specialist scanners detected the potentially lethal uranium as it was ferried to a freight shed, triggering alarms.

Border agents swooped and isolated the unregistered shipment in a dedicated radioactive room.

Counter-terror police were alerted and a security probe launched into who sent the cargo.

It originated from Pakistan and arrived at Terminal 4 on an Oman Air jet from Muscat, The Sun reported.

Cops were understood to be targeting an Iran-based firm with UK premises where the material was due to go to mystery recipients. No arrests have been made.
IANS