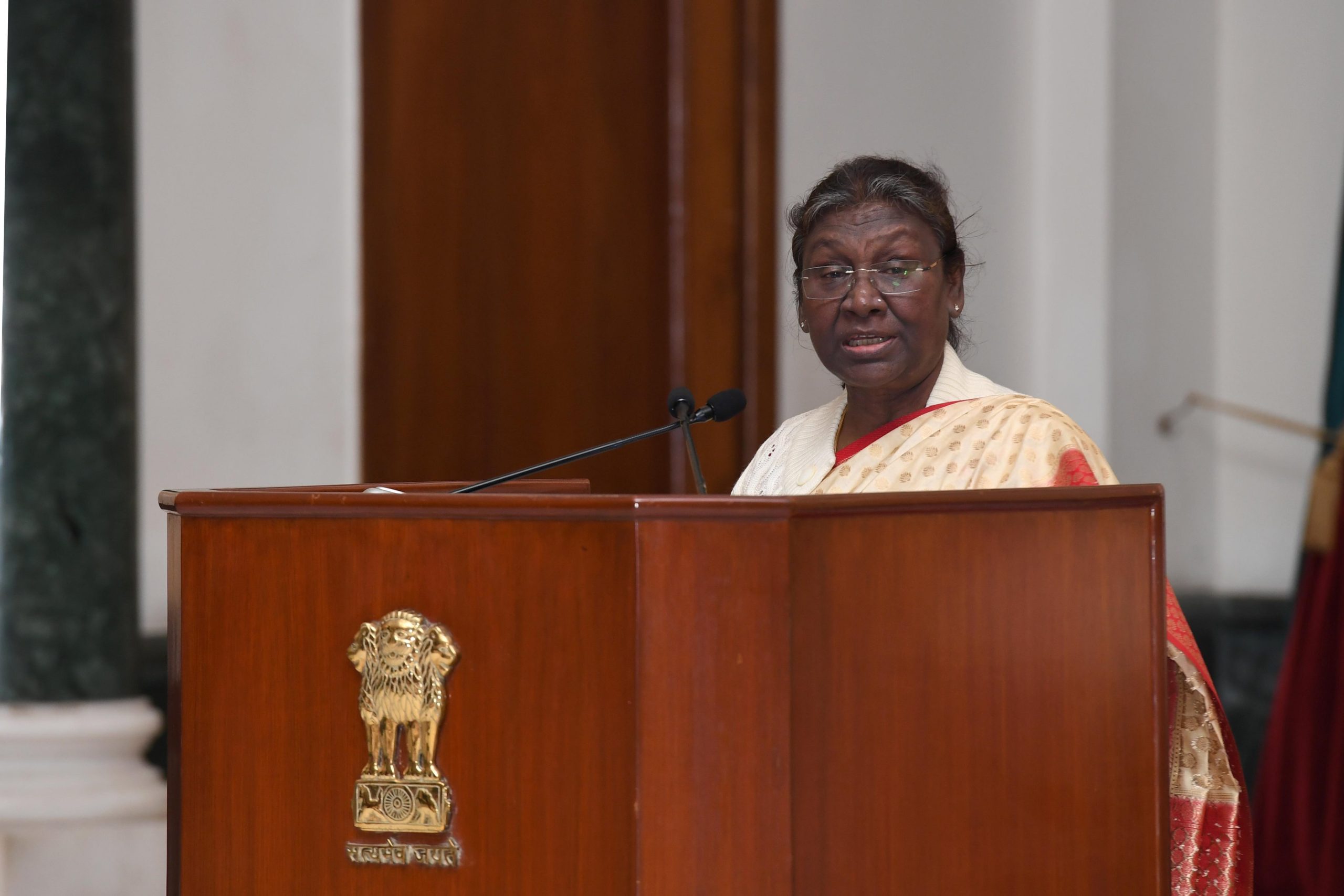 New Delhi: President Droupadi Murmu on Saturday raised the issue of overcrowding in prisons and emphasized that there is a need to do something for the poor people in jails.

In her valedictory address at the Constitution Day celebrations organized by the Supreme Court, the President said, “I come from a very small village. Where I was born, people considered three people as God — teachers, doctors and lawyers.”

She added that in order to overcome their troubles, people were even willing to give away all their money and property to doctors and lawyers.

“It is said that jails are getting overcrowded and there is a need to set up more jails,” the President said.

“Are we moving towards development? What is the need to set up more jails? We need to reduce their numbers. Poor people incarcerated for many years for petty crimes need help,” Murmu said.

She pointed out that people are even jailed for slapping somebody or for some other minor offence, while there are people who do many things, even kill others, but are roaming free.

The event was attended by the Chief Justice of India, D.Y. Chandrachud, Law Minister Kiren Rijiju, Attorney General of India R. Venkataramani, Solicitor General Tushar Mehta, judges of the Supreme Court and members of the Bar.

The President emphasized that there are poor people in the prisons and there is a need to do something for them.

The President said that people do not act to release their family members, who are languishing in jails, as they feel that they would have to sell their utensils and property.

The President said the legislature, the executive and the judiciary need to have “one thinking” for the country and its people, adding that checks and balances need to be there, but somewhere “we need to work together”.

“Our job is to think about people (poor undertrials languishing in jails). We all have to think and come out with some way… I am leaving it all on you,” she said.

New Delhi: After the abrogation of Article 370 in 2019, the Union Territory of Jammu and Kashmir is awaiting Assembly elections, which are believed to be a major challenge for...

Ahmednagar, Dec 19 (IANS) As the Maharashtra government prepares to introduce the much-anticipated Lokayukta Bill in the ongoing winter session of the Assembly, social crusader Anna Hazare on Monday termed...