Kavitha appeals to SC to intervene in Bilkis Bano case 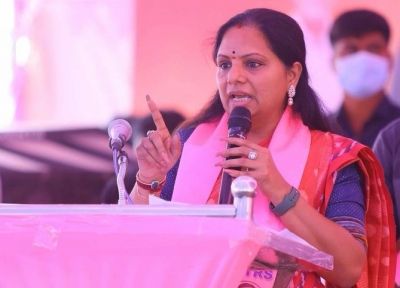 The member of Telangana Legislative Council said the decision to release the culprits of heinous crimes like rape and murder on the auspicious occasion of Independence Day has tarnished the divinity of the day.

The former MP said the shameful decision must be withdrawn immediately so that citizens don’t lose their faith in law and there are no more cases like the Nirbhaya case and no lady has to go through what Bilkis Bano suffered.

The BJP government in Gujarat on Monday released all the 11 people convicted for the rape of a pregnant Bilkis Bano and murder of seven of her family members during the 2002 Gujarat riots, under its remission policy

“This has taken place despite the fact that the Central government has sent guidelines that explicitly mentioned that rapists and prisoners with life sentences should not be pardoned,” said Kavitha, daughter of Telangana Chief Minister K. Chandrasekhar Rao.

She stated that the BJP government in Gujarat has displayed insensitivity by releasing the rapists of the then five-month pregnant Bilkis Bano and the murder of her 3-year-old child. This is not only against the law but stands against humanity.

“Being a woman I can feel the pain and fear experienced by Bilkis Bano. The welcome shown to the rapists and murderers after getting released from jail by some people who follow a certain ideology is a slap on the face of a just society. It is imperative to stop this extremely dangerous tradition before it takes the form of a legacy,” the MLC said.

“If you had really meant what you spoke about respecting women, urge you to intervene and rescind the Gujarat Govt remission order releasing 11 Rapists,” tweeted Rama Rao.

He was referring to the Prime Minister’s speech on Independence Day.