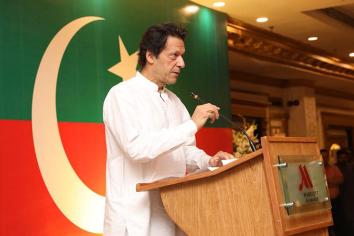 The Saudi King felicitated Khan for winning the July 25 general elections in Pakistan and expressed good wishes for the new government.

According to a statement issued by the PTI, King Salman told Khan that the people of Pakistan had reposed their confidence in him and that Saudi Arabia seeks close ties with his government.

In response, Khan thanked the Saudi King and called Saudi Arabia “a friend who has always supported them in difficult times”, the party said.

Tejaswai says there is an undeclared emergency under the Modi Govt