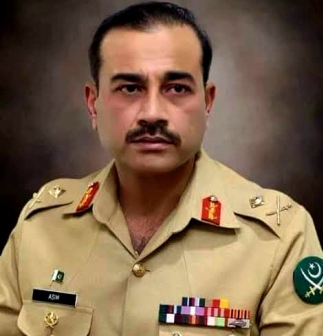 Islamabad: Just two days after taking command, Pakistan’s Chief of Army Staff (COAS) General Asim Munir made his first major reshuffle, with a surprise pick from the corps of Electrical and Mechanical Engineering (EME) to lead the armys media wing.

But the ISPR has not officially confirmed Gen Sharif’s appointment.

Gen Sharif was previously heading the Defense Science and Technology Organisation (DESTO), a secretive organisation engaged in scientific and technical research and the development of weapons systems in the disciplines of aerodynamics, propulsion and propellants, and avionics.

He has reportedly also served in the Military Operations directorate, Dawn reported.

The appointment of an engineer as ISPR chief is not unprecedented, although Maj Gen Sharif will be the first officer from the EME Corps to take up the mantle.

Earlier in 1991, Maj Gen Jehangir Nasrullah from the corps of engineers served in this position.

The appointment of the new ISPR DG is being viewed with great interest as many took it as a signal that the new army chief could bring major changes in the functioning of the military’s media wing.

The change was on the cards as the ISPR DG’s position is for an officer of major general or two-star rank and Lt Gen Iftikhar was promoted to the rank of three-star general last month.

It is being reported that Lt Gen Iftikhar will now head to Karachi after being posted as V Corps commander, replacing Lt Gen Mohammad Saeed.IANS

Military escalation in Syria as last straw for millions: UN