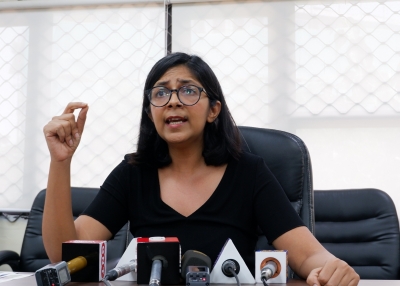 New Delhi: Delhi Commission for Women has issued a notice to Delhi Police in connection with child marriage and abuse of a 15-year-old Muslim girl.

The Commission had received a complaint from the girl who stated that she was married in February 2022 at the age of 15 years in Badaun, Uttar Pradesh.

She has stated that her husband threw her out from her matrimonial house, and thereafter she came to Delhi to her parental home where she is presently residing, said the Commission.

Maliwal stated, “We have received a complaint of child marriage and abuse with a 15-year-old girl. The girl has been subjected to extreme brutality by her husband and in-laws. I know that Muslim personal law allows for marriage of girls above the age of 15 years. I however believe that this is archaic, medieval and barbaric and the law of the land i.e. POCSO should apply in such cases.”

The DCW Chief said that an FIR should be registered and strong action should be taken against the accused persons.
IANS