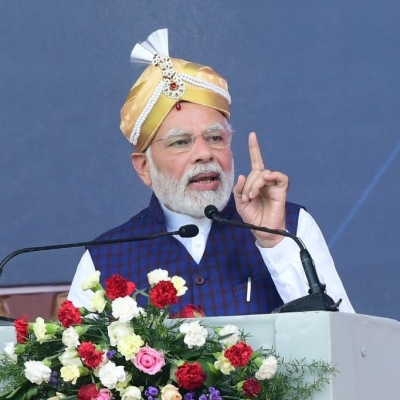 New Delhi: Prime Minister Narendra Modi on Sunday said that the bypoll wins in Azamgarh and Rampur are historic and indicates wide-scale acceptance and support for the double engine governments at the Centre and in Uttar Pradesh.

The results of three Lok Sabha and seven Assembly constituencies spread in different states where bypolls were held on June 23 were declared on Sunday. Lok Sabha bypolls were held in two seats of Uttar Pradesh — Rampur and Azamgarh — and one seat of Punjab. Bypolls were held for one assembly seat each in Delhi, Jharkhand and Andhra Pradesh, and four seats of Tripura.

Referring to bypoll results in a series of tweets, Prime Minister said, “I thank the people of Tripura for reposing faith in @BJP4Tripura’s development agenda and blessing our candidates, including CM @DrManikSaha2 Ji with wins in the by-polls. Our Government will continue fulfilling people’s aspirations. I laud our Karyakartas for their hardwork.”

Referring to BJP victory in two Lok Sabha seats of Uttar Pradesh, Modi called it historic. “The by-poll wins in Azamgarh and Rampur are historic. It indicates wide-scale acceptance and support for the double engine Governments at the Centre and in UP. Grateful to the people for their support. I appreciate the efforts of our Party Karyakartas,” he said.

Expressing gratitude to voters in Andhra Pradesh, Jharkhand, Delhi and Punjab, the Prime Minister said that the BJP will keep working among the people and keep raising issues of public welfare.”

Gratitude to all those who voted for @BJP4India in Andhra Pradesh, Jharkhand, Delhi and Punjab. We will keep working among the people and keep raising issues of public welfare,” Prime Minister Modi added. – IANS