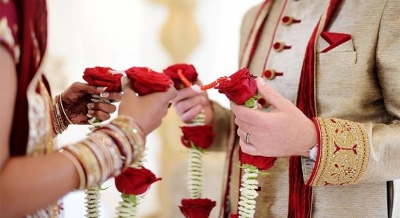 Farrukhabad (UP): It was mathematics that led to a wedding being called off in Uttar Pradesh’s Farrukhabad district.

A 21-year-old bride called off her wedding when the groom failed to count currency notes.

The shocking revelation came during the marriage rituals when the priest grew ‘doubtful of the man’s behaviour’ and informed the girl’s family.

The bride, Rita Singh, immediately walked off from the dais which led to a verbal spat between the two families and the police were called.

The bride’s family claimed that until the day of the marriage, they were unaware that the 23-year-old groom was ‘mentally weak’.

Mohit, the bride’s brother, said, “Marriages usually happen in good faith and the mediator was a close relative, so we trusted him and did not meet the guy. When the priest told us about his odd behaviour, we decided to conduct a test and gave him 30 currency notes of Rs 10 to count which he could not. After knowing about his condition, Rita refused to marry him.”

After the girl called off the wedding, a heated argument ensued between the two families. The matter reached the police who tried to mediate but the bride was not willing to give in so the baraat had to return.

SHO Anil Kumar Chaube said, “No police complaint has been filed in the matter yet.”
IANS

Etawah (Uttar Pradesh): In a heart wrenching incident, a police constable carried his two-year-old son's body to the office of the Senior Superintendent of Police (SSP) to prove that he...

98-yr-old man released from UP jail, gets a farewell from jail staff

Ayodhya: A 98-year-old convict, Ram Surat, was released from the Ayodhya Jail in Uttar Pradesh's Ayodhya after serving a jail term in an alleged case he was incarcerated for five...

New Delhi: Days after a Delhi-based advocate filed a complaint with Information and Broadcasting Minister Anurag Thakur and the Central Board of Film Certification (CBFC) against Bollywood actors Shahrukh Khan...

No ‘nikkah’ if there is song & dance at wedding: UP cleric

Bulandshahr (Uttar Pradesh}:  Clerics in Bulandshahr district have announced that they will not solemnize 'nikah' if there is singing and dancing in the weddings. "If a wedding has a DJ,...

Solapur, Dec 22 (IANS) This was one'amarriage procession' without parallels -- some 50 young-to-middle aged single-men, clad in full glittering wedding attire, taking out a procession on horsebacks to the...

Hyderabad : A farmer lost Rs 92 lakh that he had received as compensation for the land acquired by the government as his son gambled away the money in an...

Nagpur: A new mother and Nationalist Congress Party MLA Saroj Ahire-Wagh turned heads when she arrived at the Maharashtra Legislature with her 10-week-old infant son in arms, here on Monday...

United Nations:  A Mumbai nurse who came face to face with the 26/11 terrorists at a hospital and protected 20 newborns gave a moving testimony before the UN Security Council...

UP: Bride calls off wedding after finding groom drunk

Unnao (Uttar Pradesh):A bride in the Safipur area of Unnao refused to marry the groom because he turned up drunk at the wedding. The girl, who has passed Class 12,...

New Delhi: The Delhi High Court on Tuesday allowed an eight-month pregnant woman to undergo medical termination of pregnancy. In her petition, the 26-year-old woman had mentioned that a cerebral abnormality...