Brakes on power sector reforms after agreement between farmers, govt 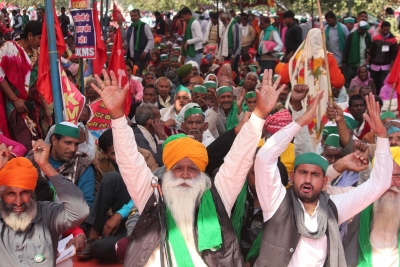 New Delhi: According to the agreement between Samyukta Kisan Morcha (SKM) and the Centre, one of the consensus points is that the government will discuss the Electricity (Amendment) Bill 2021 with farmers before it is tabled in Parliament.

This will put brakes on the power sector reforms and the power distribution reforms will get delayed.

The one year and 15 day-long agitation by the farmers at Delhi’s borders was called off after the Centre agreed to their major demands.

The protests were called off after the Centre gave a letter to the farmer bodies agreeing to meet their demands.

The letter was signed by Sanjay Agarwal, Secretary to the Union Ministry of Agriculture and Farmers’ Welfare.

With regard to the farmers’ demand for a law guaranteeing a minimum support price (MSP) for foodgrains, the government has agreed to set up a committee.

The Central government has also agreed to discuss the Electricity (Amendment) Bill, 2021, with farmers’ groups before it is tabled in Parliament.

The Centre has agreed to compensation for farmers who died during the protests, and said it will appeal to states to withdraw cases registered against farmers during the agitation.

Farmers have also been exempted from criminal liability under anti-pollution laws for burning crop stubble which is a leading cause of pollution.

After the letter was received and demands agreed to, the SKM announced the lifting of the protests at the Delhi borders.

“The current agitation stands suspended… The SKM dedicates the fabulous and historic victory of the struggle to around 715 martyrs of the movement, including those in Lakhimpur Kheri. SKM congratulates all the protesting farmers and citizens, and their supporters, wholeheartedly for waging an unprecedented struggle and for the glorious gains of the movement,” it added.

Swaraj Abhiyan said in a tweet: “After 1 Year and 15 days of magnificent struggle, farmers have emerged victorious. Farmers have shown extraordinary patience and courage during this andolan. We Congratulate Indian Farmers on this Magnificent Victory”.

SKM said it will regroup again on January 15 in Delhi to review the situation and whether government fulfilled its promises.IANS

Time to explode the overblown myth of BJP’s unprecedented popularity