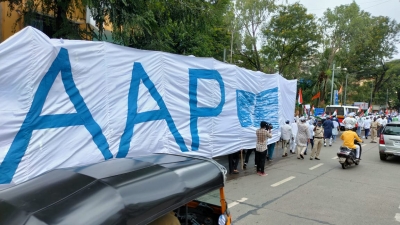 He added: “All of the nominations have been accepted, and on behalf of the party and all AAP supporters, and on behalf of party convenor Arvind Kejriwal, we wish the candidates all the best for their upcoming tasks in the MCD.”

While Pathak said that people of Delhi dream to make Delhi a clean and glorious city, Chief Minister Kejriwal has a blueprint ready for the MCD to fulfil this dream.

“Aam Aadmi Party has got majority in MCD. No other party is in this race. We just hope that the BJP does not point its guns on the shoulders of any independent candidate. The people of Delhi have clearly given the responsibility of cleanliness to Arvind Kejriwal’s Aam Aadmi Party. And now, Shelly Oberoi will become the first Mayor of the unified MCD and Aaley Mohammad Iqbal will become the Deputy Mayor,” Atishi told media on the occasion. – IANS