Persons cannot be evicted with bulldozer at their doorstep: Delhi HC 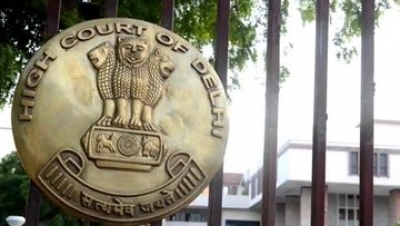 New Delhi, Aug 3: The Delhi High Court has directed the Delhi Development Authority (DDA) to give sufficient time to eviction-facing jhuggi jhopri basti residents in the national capital, saying persons cannot be evicted with a bulldozer at their doorstep and without any notice, rendering them completely shelter-less.

“The DDA has to act in consultation with the DUSIB (Delhi Urban Shelter Improvement Board) before embarking upon any such venture and persons cannot be evicted with a bulldozer at their doorstep early in the morning or late in the evening, without any notice, rendering them completely shelter-less. A reasonable period has to be given to such persons and a temporary location has to be provided to them before embarking on any demolition activities,” said Justice Subramonium Prasad in an order passed on Tuesday.

The plea moved by the Shakarpur Slum Union comprising residents of Jhuggi Jhopri Bastis stated that on June 25 last year, without any notice, the DDA officials arrived at the area and demolished about 300 jhuggis.

It further said the demolition lasted for three days and many of the people, whose jhuggis were demolished, could not even collect their belongings. It is stated that police officials, along with the officials of the DDA, removed the residents from the site.

After the submissions, the court said that the action of the DDA in removing a person, whom they claim to be an encroacher, overnight from his residence cannot be accepted. The DDA has to act in consultation with the DUSIB before embarking upon any such venture, it said.

The court also stressed that a reasonable period has to be given to such persons and a temporary location has to be provided to them before embarking on any demolition activities.

During the course of the hearing, the court asked DUSIB’s counsel whether they have any provision for accommodating such persons, who are to be evicted. In reply, the urban body said normally when it conducts any demolition drive, it ensures that no demolition takes place when the academic year is about to end or during monsoons.

He stated that normally, demolitions take place between March to June and August to October.

The court, in its order, then said it “expects from the DDA to follow similar norms for demolition as well”.