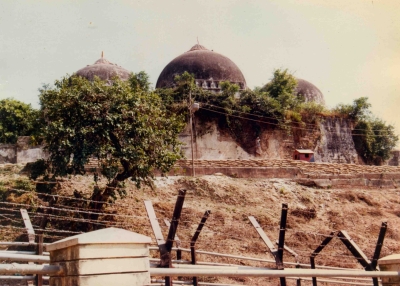 The All India Muslim Personal Law Board (AIMPLB) on Wednesday said it will move the Supreme Court against a CBI special court acquittal of all the 32 accused in the 1992 Babri Masjid demolition case.

Two years after the CBI court acquitted BJP’s top leaders, the executive member of the AIMPLB Syed Qasil Rasool Ilyas said the board has now decided to move the Supreme Court against the acquittal.

The CBI court had on September 30, 2020 acquitted top BJP leaders, including LK Advani, MM Joshi and Uma Bharati, in the case after which two Ayodhya residents — Haji Mahboob and Syed Akhlaq — moved a revision petition before the Allahabad High Court.

A two-judge bench of High Court rejected the revision petition on November 9 this year, saying the appellants had no locus to challenge the judgment as they were not victims of the case.

“The five-judge Supreme Court bench that delivered the historic Ayodhya verdict had termed the Babri Masjid destruction a serious violation of the rule of law and the accused are still out of the reach of Law,” he added.

While rejecting the petition, the High Court said in its order, “In view of the foregoing discussion, this Court is of the opinion that the instant criminal appeal filed on behalf of the appellants under Section 372 Cr.P.C., under the facts and circumstances of the case, is liable to be dismissed on the ground of non-availability of the locus of the appellants to challenge the impugned judgment and order dated Sep, 30, 2020 passed by the trial Court, hence the same is, accordingly, dismissed.”

On 6 December 1992, the Mughal-era mosque was demolished by karsevaks who assembled there on the call of BJP leaders LK Advani and others who had carried out nation-wide march (rath yatra) which led to communal riots in several parts of the country. Various accounts showed the presence of top leaders of the BJP during the demolition of the mosque while some also exhorted goons by slogan like ‘ek dhakka aur do, babri masjid tod do’ (give one push more, and demolish the Babri mosque).

A 30-day deadline for the government to respond, or the recommendations gets automatically approved, suggests Justice Nariman In an apparent swipe at V-P, Justice Nariman pointed out that the basic...

Ujjwal Nikam was appointed as Special public prosecutor in the case at the victim's family, but the appointment was soon cancelled Mohsin Sheikh was lynched in Hadapsar area in 2014...