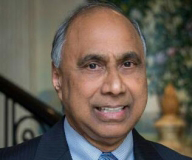 Dr Islam, who is an information technology entrepreneur, investor, philanthropist, and writer and who heads the FI Investment Group,  will be formally conferred Doctor of Science (Honoris Causa) by the Jamia Hamdard in a special convocation on October 15, registrar of the university SS Akhtar said in a statement here on Friday.

The University has a practice to identify achievers in different disciplines and confer on them the honorary doctorate. Dr. Frank Islam joins the list of several other distinguished recipients  of the honour.

Jamia Hamdard, an institute of higher education, and a Deemed to be a University, was stablished in 1989, and was formally inaugurated by Late Rajiv Gandhi, Former Prime Minister of India on August 1, 1989.

The University has recently been recommended by the Empowered Committee appointed by the Government of India for recognition as an “Institution of Eminence” and placed at the 5th rank among the 500 or so privately funded Universities of India. For 3 consecutive cycles it continues to be awarded an ‘A’ grade by the National Assessment and Accreditation Council of India and in the 2019 NIRF (National Institute Ranking Framework) the School of Pharmaceutical Education and Research of Jamia Hamdard reclaimed the first rank among all the pharmacy institutions of India.

Sec 144 extended in Noida till May 17, relaxations subject to restrictions