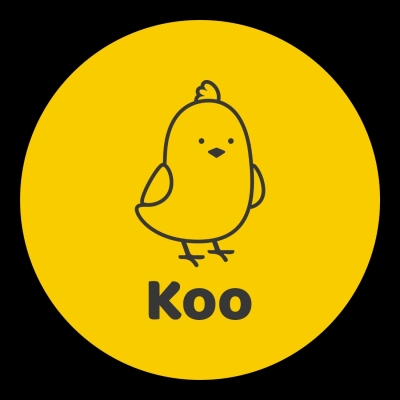 New Delhi: Homegrown microblogging platform Koo on Wednesday announced that it has become the second largest microblog available to the world.

Launched in March 2020, the platform recently clocked 50 million downloads and has seen an upward trajectory in terms of growth.

“We are overwhelmed by the response we have received from our users and are happy to share that today, we are the second largest microblog in the world within just 2.5 years of our existence. Since the launch, our users have believed in us,” Aprameya Radhakrishna, CEO and Co-founder, Koo, said in a statement.

Koo is the only Indian microblog competing with other global microblogging platforms such as Twitter, Gettr, Truth Social, Mastodon, Parler and stands second (after Twitter) in terms of user downloads, the statement said.

“Today, Koo is the second largest micro-blog in the world. Given the changes happening in the micro-blogging landscape globally, we are looking to expand our wings to geographies where fundamental rights are being charged for,” Mayank Bidawatka, Co-founder, Koo, was quoted as saying in the statement.

Currently, Koo is available in 10 languages and has users from over 100 countries, including the US, UK, Singapore, Canada, Nigeria, UAE, Algeria, Nepal, Iran, and India.

“Koo has always provided a free yellow eminence tick to eminent personalities, and a simple self-verification tool to every citizen and will continue to do so. We are very excited about inviting a larger global audience to this proudly ‘Made in India’ product,” Bidawatka added.

San Francisco: Google has rolled out new Material You toggle design to its Docs, Sheets and Slides. It is designed like a pill, therefore the Material 3 (M3) switch is larger...

New Delhi: Aiming to guard consumers from fake online reviews of products, the government will issue guidelines on Monday under which a penalty ranging from Rs 10 lakh to Rs 50...

San Francisco: Microsoft has introduced "sign language view", a new meeting experience in Teams that will assist signers - people who are deaf/hard of hearing, interpreters, and others who use sign...

New Delhi: Jio is now the only operator to provide True-5G services across the entire Delhi-NCR region, including Delhi, Gurugram, Noida, Ghaziabad, Faridabad and other major locations. Jio is rolling out...

New Delhi: Varanasi has become the first airport in Uttar Pradesh to enjoy ultrafast 5G service. Airtel on Friday announced the deployment of its 5G Plus service at the Lal Bahadur...

New Delhi: The Central government on Friday released the draft data protection bill 2022 which entails a provision of a fine of up to Rs 250 crore on data-managing entities that...