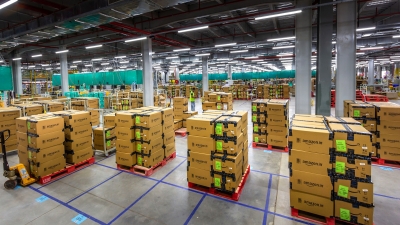 San Francisco: Amazon has started notifying its employees affected by its new round of layoffs, as a part of its plan to reduce its headcount by around 18,000 people, the media reported.

It however, remains unclear as to how many employees are being affected in this particular round, but the company already laid off 2,300 employees in Washington of which the majority worked in Seattle, where one of the company’s headquarters is located, reports The Verge.

Amazon had started its first round of layoffs last November.

At the time, there were reports that around 10,000 people would be affected, including members of its hardware and services, human resources, and retail teams.

Earlier this month, Amazon confirmed the layoffs and their massive scale, saying that including the ones from last year, Wednesday’s round, and potential additional cuts in 2023, they would affect 18,000 employees overall.

A memo from CEO Andy Jassy posted on the company’s website announced that impacted employees would be notified starting on Wednesday.

Jassy said in a statement that they were not done with the annual planning process as earlier mentioned, and “I expected there would be more role reductions in early 2023”.

As Amazon announced to lay off 18,000 employees globally, including nearly 1,000 in India, reports have surfaced that some of the impacted employees broke down and were left “crying in the office” when they heard they have been asked to go.

On Grapevine, a community app for Indian professionals, an Amazon India employee posted sad scenes at offices, including people crying after the announcement of layoffs.

Amazon earlier admitted it was consolidating “some teams and programmes” in its hardware and services division, and Jassy had told workers that there would be “more role reductions as leaders continue to make adjustments” in 2023.
IANS

San Francisco : Tech giant Google is reportedly working on a new feature that will allow users to use their Android phone as a USB webcam. Esper's Mishaal Rahman posted...

New Delhi: The rollout of 5G services can unleash new economic opportunities and help the country leapfrog the traditional barriers to development, spur innovations by startups and business enterprises, and...

San Francisco: Meta-owned messaging platform WhatsApp is facing a server-side issue, making it impossible to update the privacy setting "who can see when I'm online," globally on iOS. This outage...

Bengaluru: Taiwanese electronics company Acer on Monday launched its new laptop which features the latest AMD Ryzen 7000 series processor, a 15.6-inch Full-HD display and much more, in the country....

San Francisco:  Apple is reportedly developing its iOS 17 software update and other new updates that will be released this year. Some of the tech giant's open-source documentation referencing iOS...

Bengaluru:  More than nine in 10 organisations think they need to do more to reassure customers about how their data is used in artificial intelligence (AI), clearly stating the lack...