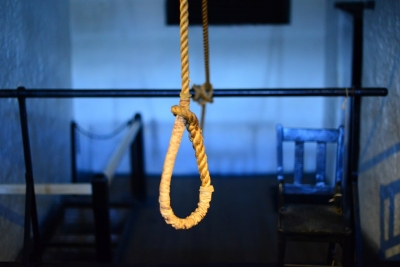 Banda (Uttar Pradesh) : The bodies of a minor girl and her alleged lover were found hanging in the Lodhanpurwa village under the Atarra police station in Banda district.

The deceased were in a relationship, according to the police.

The villagers, who had gone to their fields, spotted the dead bodies and informed the police.

According to the police, a 22-year-old youth and his 17-year-old neighbour had an affair and their families came to know about it recently.

Police said the investigation was being done from every possible angle, including the possibility of honour killing.

Inspector Kotwali Anup Kumar said the bodies have been sent for post-mortem examination and then action will be taken according to it.
IANS

UP: 3 dead on way to celebrate New Year’s