Will get your tongue cut, K’taka Min to BJP MLA on ‘pimp’ remark 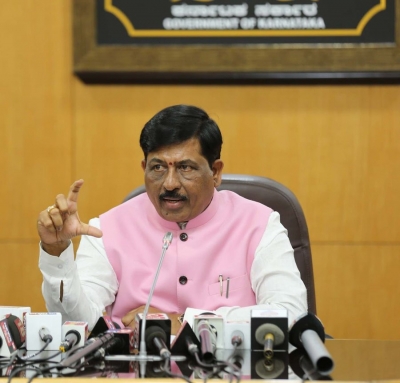 Bengaluru:In an embarrassment to the ruling BJP in Karnataka, two senior leaders, an MLA and another minister have indulged in a war of words by trading charges against each other.

BJP Minister for Heavy Industries Murugesh R. Nirani on Saturday warned party MLA Basanagouda Patil Yatnal that his tongue will be cut if he continues to talk “senselessly”.

Earlier, MLA Basanagouda Patil had called Minister Nirani a pimp while talking about reservation quota under OBC category to Panchamasali Lingayat sub sect. He had also stated that he had no faith in Chief Minister Basavaraj Bommai and approached the party high command.

Minister Nirani stated, “He (Basanagouda Patil Yatnal) had used the word ‘pimp’. He is very much in that culture and uses the same language. Those who are born to their fathers don’t use such language,” he said.

“If he is talking without sense, his tongue will be cut. Chief Minister Bommai has given directions to be quiet. If he doesn’t want to be in the party, let him go out and stage a protest,” he stated.

Vijayapura people from where he hails would give him a befitting answer. The reservation demand is not recent one. CM Bommai has committed to giving reservation for Panchamasali sub sect. The government had created 2C and 2D categories to accommodate the OBC quota. In spite of all this, Basanagouda Patil Yatnal is trying to put blame, Minister Nirani stated.

He also condemned the protest staged in this regard by Basava Jayamrutynjaya Swamiji terming it “politically” motivated. The SC/ST and Vokkaliga communities have made their submissions peacefully, he said. MLA Basanagouda Patil is issuing statements and embarrassing the government.
IANS