UP: Man meets paramour, cuts her veins and flees 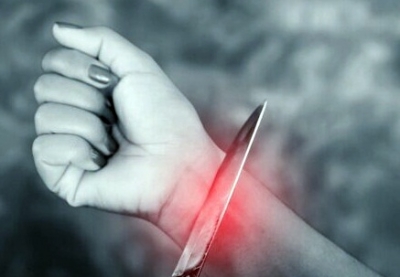 Kanpur: In a shocking incident, a man slashed the veins of his paramour’s left hand and then fled, leaving her profusely bleeding on the highway in Uttar Pradesh’s Kanpur.

Some passers-by, who saw the woman lying in a pool of blood, alerted the police after which she was admitted to a nearby private hospital.

According to the sources, the husband of the woman, 24, works in a shoe manufacturing factory in Mumbai. She lives with her two daughters at her in-law’s house in Jajmau.

The woman was allegedly having an affair with the man.

The woman told the police that the man called her on the pretext of meeting and then took her to near Jajmau check post on the highway where he cut veins of her left hand with a sharp edged weapon and fled.

Jajmau police station in-charge Ashok Kumar Dubey said, “We are in the process of collecting information regarding her alleged paramour. Police force was sent to the spot. Further action will be taken on the basis of a complaint.”
IANS