One million in Kerala camps, aid pouring in: Vijayan 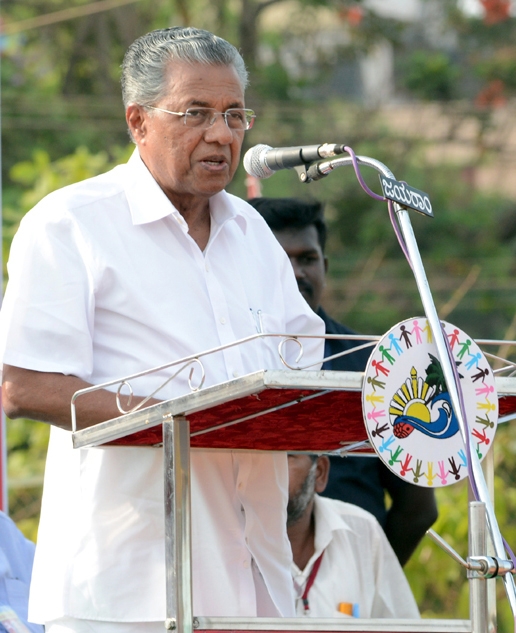 Thiruvananthapuram: Over one million people are now sheltered in 3,274 relief camps in Kerala, Chief Minister Pinarayi Vijayan said on Monday, even as rains that have battered the state for a week finally abated.

The nature’s fury has claimed some 370 lives since the monsoon rains began on May 29. Vijayan said 223 of the deaths had been reported since August 8.

“The ongoing rescue operations will continue as we wish to come to the help of anyone who is left to be rescued,” Vijayan told the media.

A total of 602 marooned people were rescued on Monday.

He said the total contributions received to the Chief Minister’s Distress Relief Fund so far was Rs 210 crore while another Rs 160 crore had been pledged.

“It has come to our notice that certain instances of collections are going on the sly. Such things will not be allowed,” said Vijayan.

He said the annual outlay for Kerala in the present fiscal was Rs 37,248 crore and the damages caused by the floods could be as high as the total outlay in a five year plan period.

“So we require large amounts for reconstruction of our state. Hence any amount of funds is not small enough.

“Help has been pouring in… of various kinds. The CII has informed us that they are ready to engage in repairs of 1,000 homes that have been damaged,” added Vijayan.

He pointed out that no display of symbols would be allowed on relief materials supplied to the relief camps.

“All those who wish to provide relief would have to contact the respective camp officer and hand it over to them. No direct supply to the camp would be allowed. Once people leave the camp, the state government would give a kit to everyone,” said Vijayan.

He said the Reserve Bank of India had agreed to exchange all soiled notes.

“On August 29, a reception would be held here to felicitate all the fishermen who took part in the rescue operations. Likewise, the services rendered by the youths in the relief camps is appreciated,” said the Chief Minister.
(IANS)