Politics– Those dividing nation on religious terms are not its well-wishers: Kejriwal 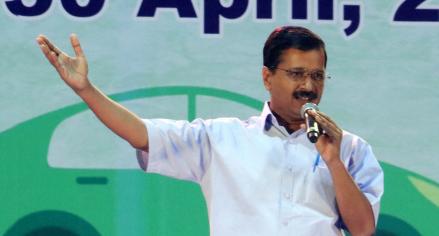 New Delhi: Delhi Chief Minister Arvind Kejriwal on Wednesday urged people to love and respect fellow Indians for the nation’s development, saying those dividing the country on religious grounds are not its well-wishers.

“People are made to fight in the name of religion. One religion is instigated against another. The nation is our mother and we are its children irrespective of the religion or caste. A house where people living together are fighting will not progress,” Kejriwal said in his speech on the 72nd Independence Day.

He said those who instigated one religion against the other were not the well-wishers of the country.

The Aam Aadmi Party leader also asked the people to recall the dreams of freedom fighters as the nation completes 71 years of freedom.

“A number of people lost their lives to give freedom to the nation with a vision for the country and the people. Can we say that we have fulfilled those dreams and visions?”

He said a number of countries got independence after India but had surged past India in growth.

“India is still counted among backward countries. We are considered a developing nation and not developed,” he said.

Counting the issues faced by the people, he said a large number of people were illiterate, poor and lacked basic facilities like electricity, water and health.

Speaking about the achievements of his government in the last three years, he said it had proved that things can be improved. “All we need is a clear intention.”

He urged people to work on the education sector on war footing so that no one is left uneducated.

“If we only dedicate one year to improving education, no can stop us from being number one in the world. No nation can develop without education,” he said. (IANS)

‘Understand India’ programme to be launched in China