Politics–Naqvi dares Cong for debate on inclusive development in parliament 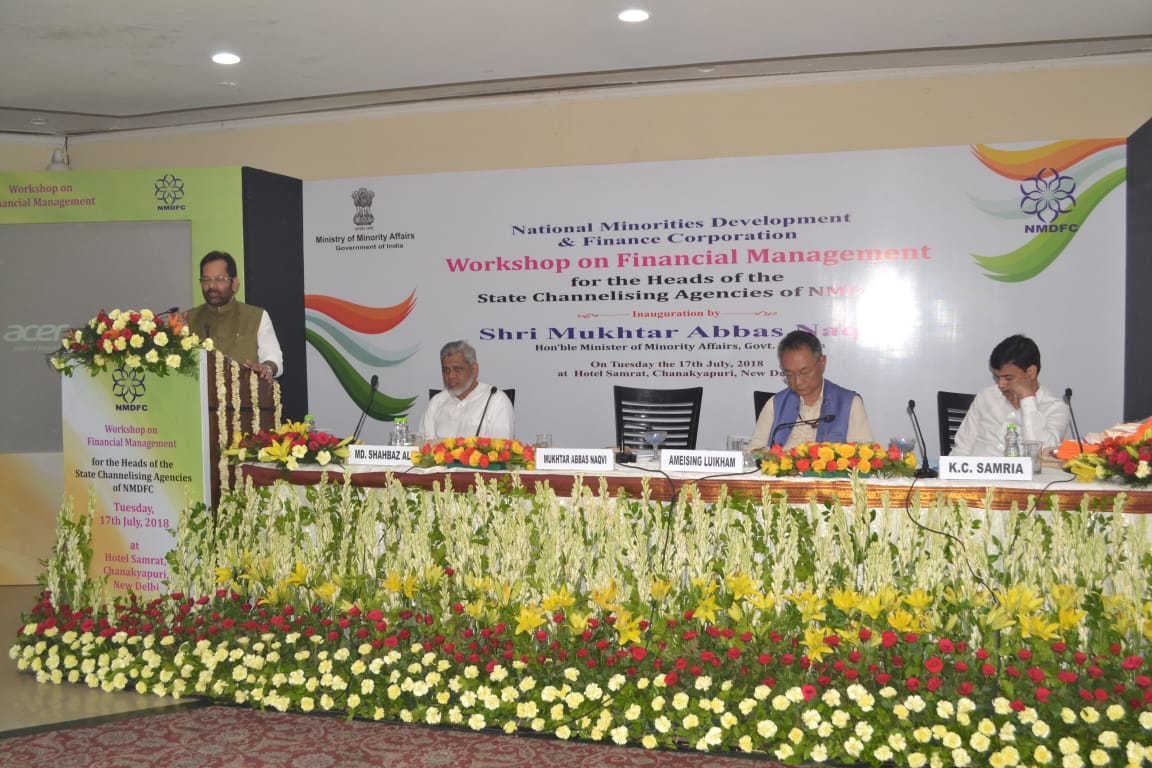 By India News Stream staff
July 18,2018
New Delhi: Minister for Minority Affairs Mukhtar Abbas Naqvi has hit out at the Congress, saying it had only gathered votes in the name of minorities but done nothing to improve their lot.
In fact, Mr Naqvi dared the Congress to participate in a discussion on inclusive development in Parliament, which he said would completely expose them.
” It would completely bring out the difference between development and politics in the name of development,” he
said speaking at the launch of a portal on the Dargah of famous Sufi saint Khwaja Moiuddin Chishti by his Ministry on Tuesday.
The development undertaken by the Modi Government is a development without discrimination, he stressed.
This development has disturbed those who were claiming to be self styled champion of minorities.
” Let us defeat those who want to destroy the developmental agenda of the Modi Government,” the Minister said.
Underlining the importance of peace and harmony for development of the country, he said Sufi saints like Khwaja Saheb of Ajmer had done great service to the humanity by spreading the message of peace and brotherhood.
” In fact Sufism was today the only way to root out evils like terrorism which was destroying world peace.”
The portal launched by the Ministry today facilitates online payment for contributions from devotees, which would bring transparency in the system.
Mr Naqvi also asked the Dargah Committee to send in proposals for establishment of hospitals, educational institutions out of Dargah donations.